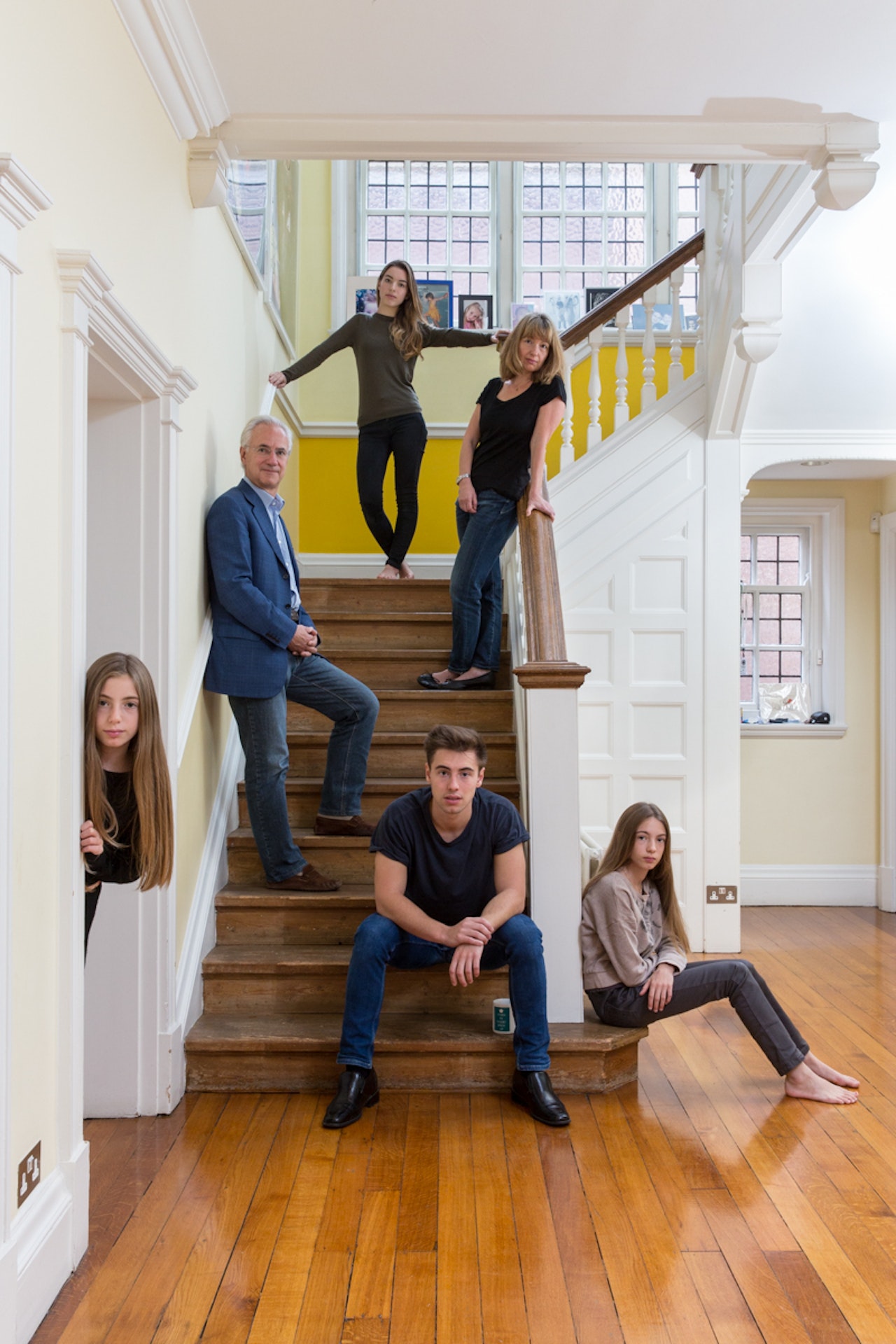 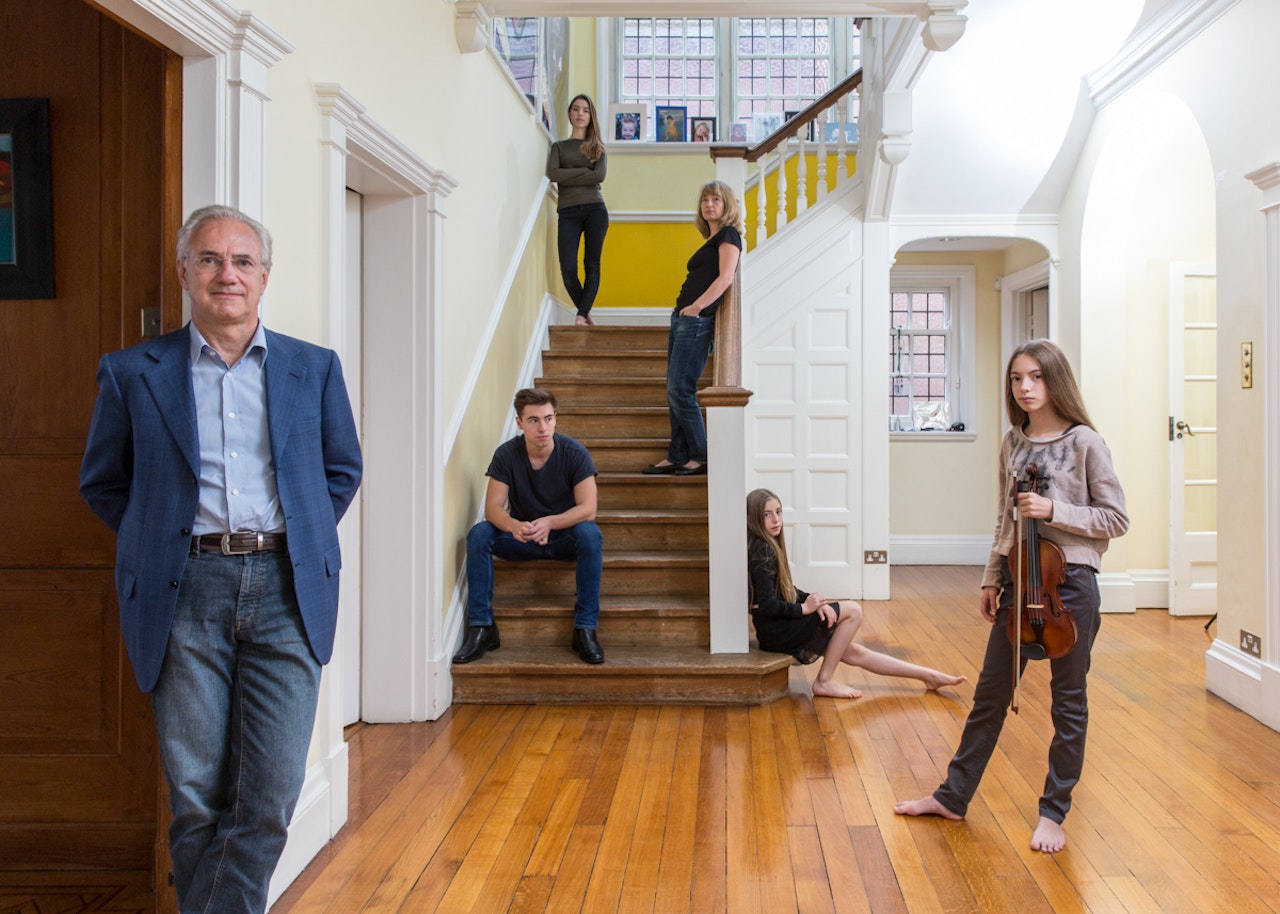 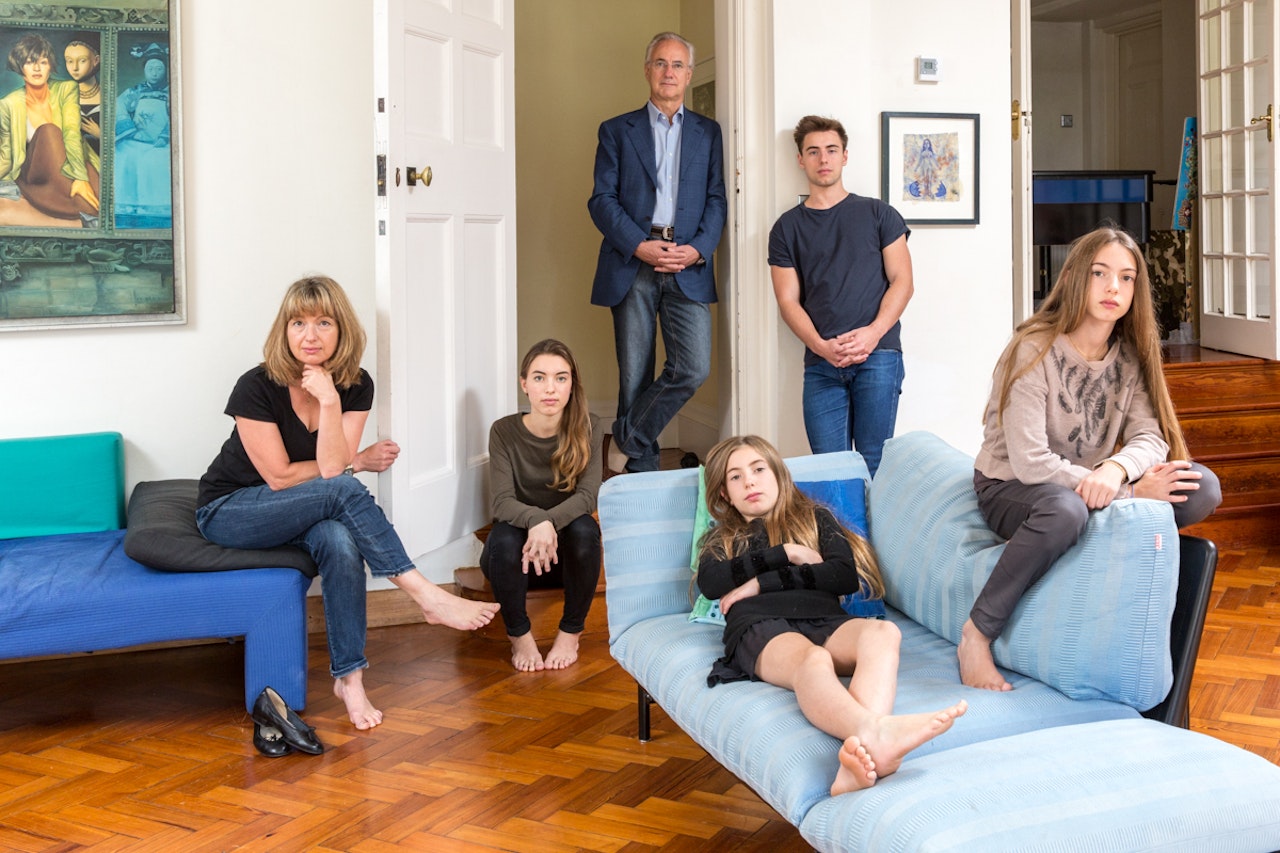 Manuela Granziol with her husband Markus and their 4 children

Originally, it was Markus’ job that led the Granziol family to London. “I got stuck here twenty years ago,” he says, “I was an investment banker and the company I worked for acquired an investment bank in London, so I was asked to fly here and manage it. It was a good twelve years or so, but I’m out of the investment banking business for now. I do still have a small firm back in Switzerland, but it is more of a hobby now.”

Manuela initially studied economics, but she switched careers when they moved to London and she is now doing a PhD in Art at the University of Westminster.

All of the Granziol children were born in London, apart from their eldest Diego, who was born in Switzerland. He was only two years old when they moved to England. Their second child, who is now in the last year of school, hopes to study history at university.

“So far nobody in the family has a British passport,” says Markus, “however, we have just applied for three passports for the girls.”

Although she doesn’t yet hold a British passport, his eldest daughter says, “I always introduce myself as being from London. I was born here and I grew up here.”

Diego says getting a passport isn’t a priority for him right now: “I will probably look into it, especially if one of us decides to leave, but I don’t have this emotional tie to a passport, so it is not essential for me.”

Speaking about who he would support in a football match, Diego says: “I don’t watch much football, but Switzerland is definitely going to lose. I don’t think I could bear to support Switzerland again after they lost one nil to Ukraine’s penalty!”

Markus suspects that part of the reason they don’t have strong national feelings is because both his parents were Italian and he grew up with the impression that he was an immigrant in Switzerland. Manuela also points out that Switzerland is already a divided country.

When it comes to long-term plans, Markus and Manuela are undecided. “I would love to return to Switzerland,” says Markus, “but I can’t convince Manuela. London is definitely a very interesting place to be. I don’t particularly like Britain as a country, but London is a great city.”

Manuela says she feels that both London and England constitute a large part of her identity. “Switzerland, especially the Italian part and the Italian language, is also a big part of my identity,” she says, “so I’ve got these two sides to my identity. We do go back regularly. My family is still there – my brothers, sisters and my mum – but I don’t have a connection to the German part of Switzerland, so for me, there is nothing there.”

“I think Switzerland is an absolutely great place,” says Diego, “but it just feels a bit small. I think that when you’re in a city that has more people in it than the whole country, the effect is quite strong. London is very cosmopolitan. I feel more comfortable in that kind of environment. I think what matters most is the environment you live in rather than the country."

Also from Switzerland are the Tenzing & Rentschler Family and the Kuendig Family.