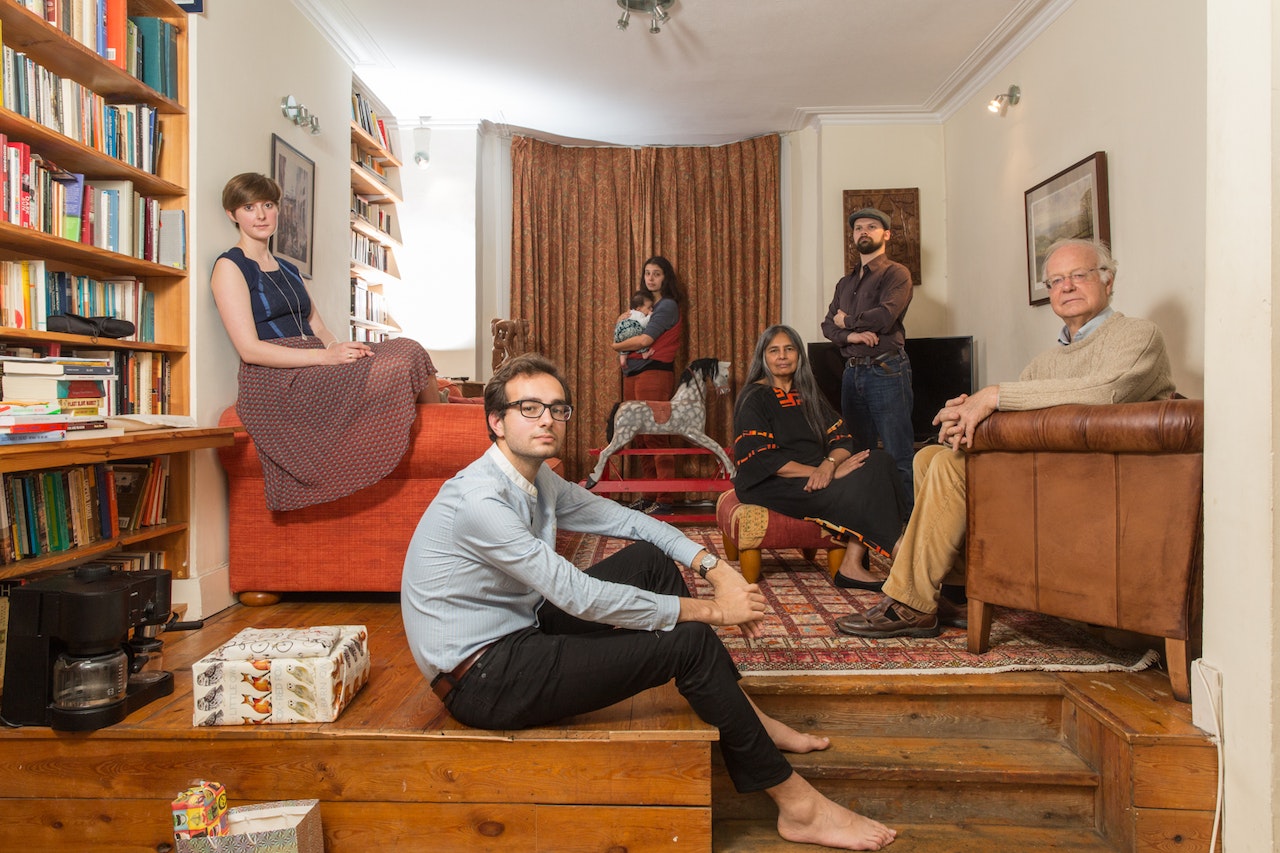 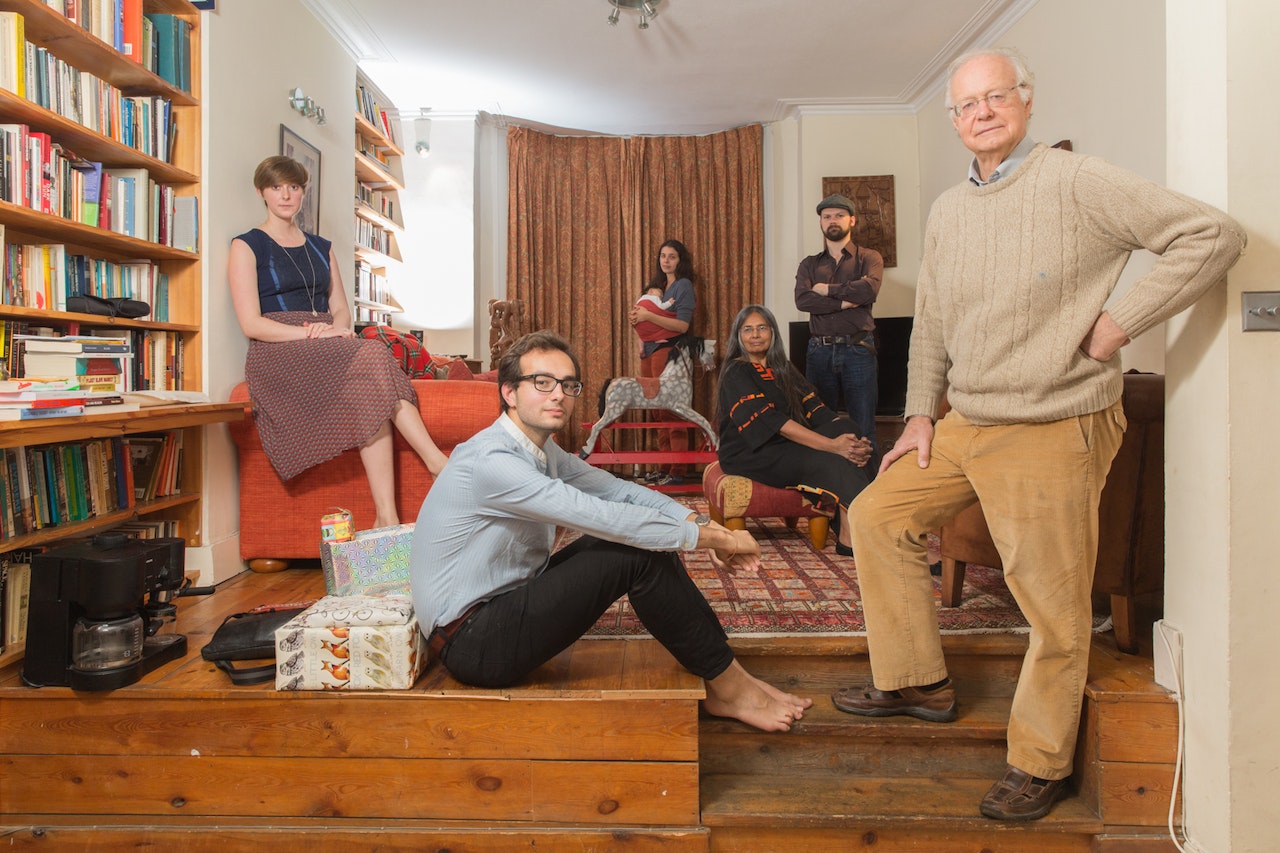 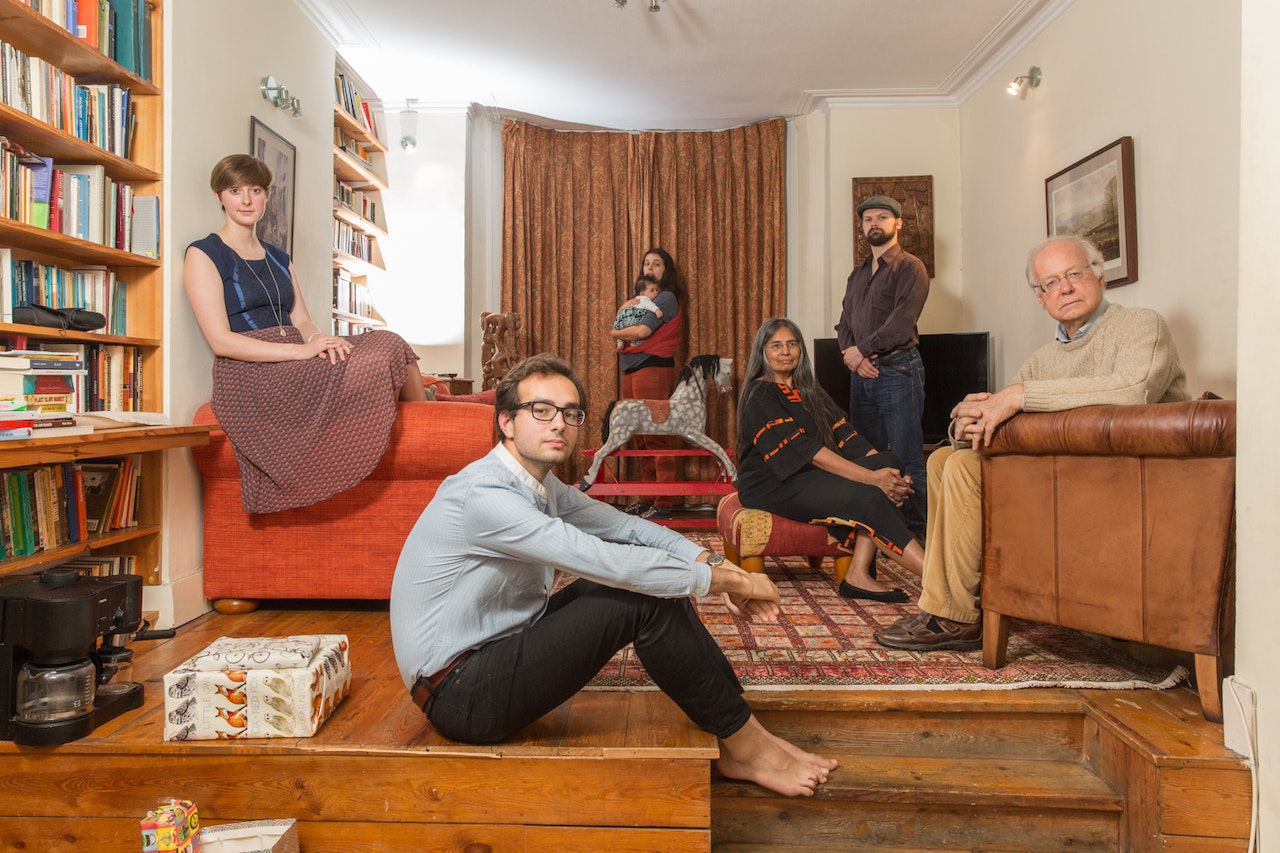 Shamshad Cockcroft with her husband Laurence, their son Joshua at front and daughter Jasmine at back. Josh's wife is Harriet. Jasmine's husband is Roland, and their baby daughter is Meredith.

“I came to the UK to go to university,” says Shamshad Cockcroft from Zanzibar, an archipelago lying off the coast of Tanzania. “There were no universities there, though the schooling system was designed so that people could go on to attend British universities.”

After finishing her A-levels in Zanzibar she moved to the UK, where she completed an undergraduate degree in Biological Chemistry at the University of Manchester, followed by a PhD in Biochemistry in Birmingham. Shamshad is now a professor of Cell Physiology at University College London.

She met her husband Laurence, from West Yorkshire, while studying in Manchester. “I’m nine years older than Shamshad, so I was spending a lot of time at Manchester business school when she was an undergraduate,” he explains. “I had already worked in Tanzania for a couple of years.”

“We got married after I completed my PhD, so I ended up staying here,” says Shamshad.

Though now semi-retired, Laurence is an economist and has done a lot of work in Africa. “I’m very much involved in working on corruption issues and I work closely with Transparency International, which is an NGO that works on combating corruption. I published a book a couple of years ago called Global Corruption”.

In around 1981, Shamshad was pregnant and trying to get into France. In order to do so she became a British citizen; she had to renounce her Tanzanian citizenship as the country does not allow dual-nationality.

The family still go to Tanzania every two or three years to visit Shamshad’s family. “When we weren’t married we went back every year,” she says. Her parents still live in Tanzania, though have come to the UK several times. “Tanzania is familiar territory for Joshua and Jasmine—they’ve visited on a regular basis since they were born.”

“Jasmine has worked there for a few months, and has a good grasp on Swahili,” agrees Laurence.

“I wouldn’t mind spending three months a year in Tanzania, when I’m not working – perhaps spending winter there at least,” says Shamshad. “It’s where I grew up, though I’ve got over it as the older generation I knew pass away. I consider London home.”

Other families from India are the d'Avoine Family, the Huynh & Patel Family, and the Jones & Noorgat Family.