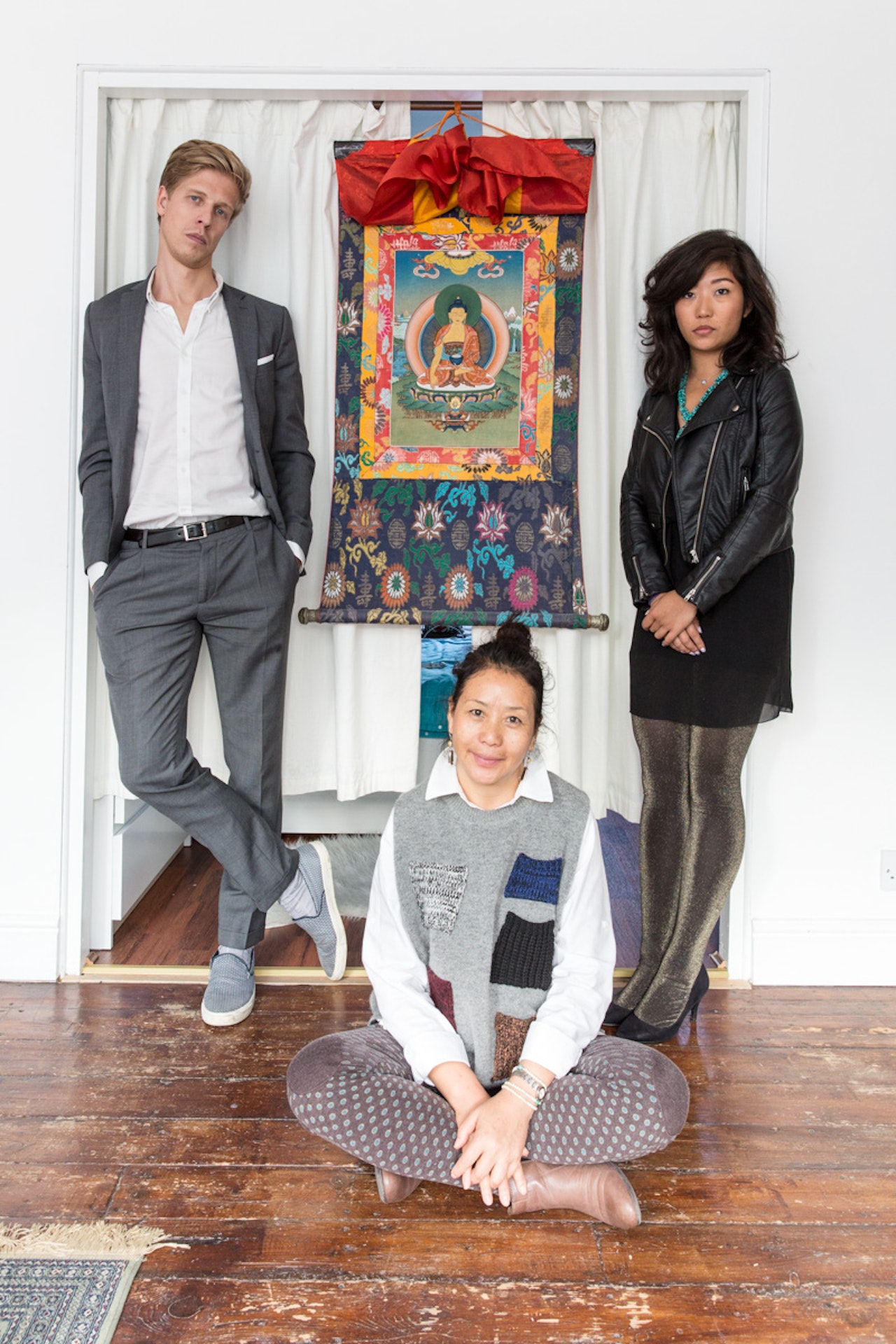 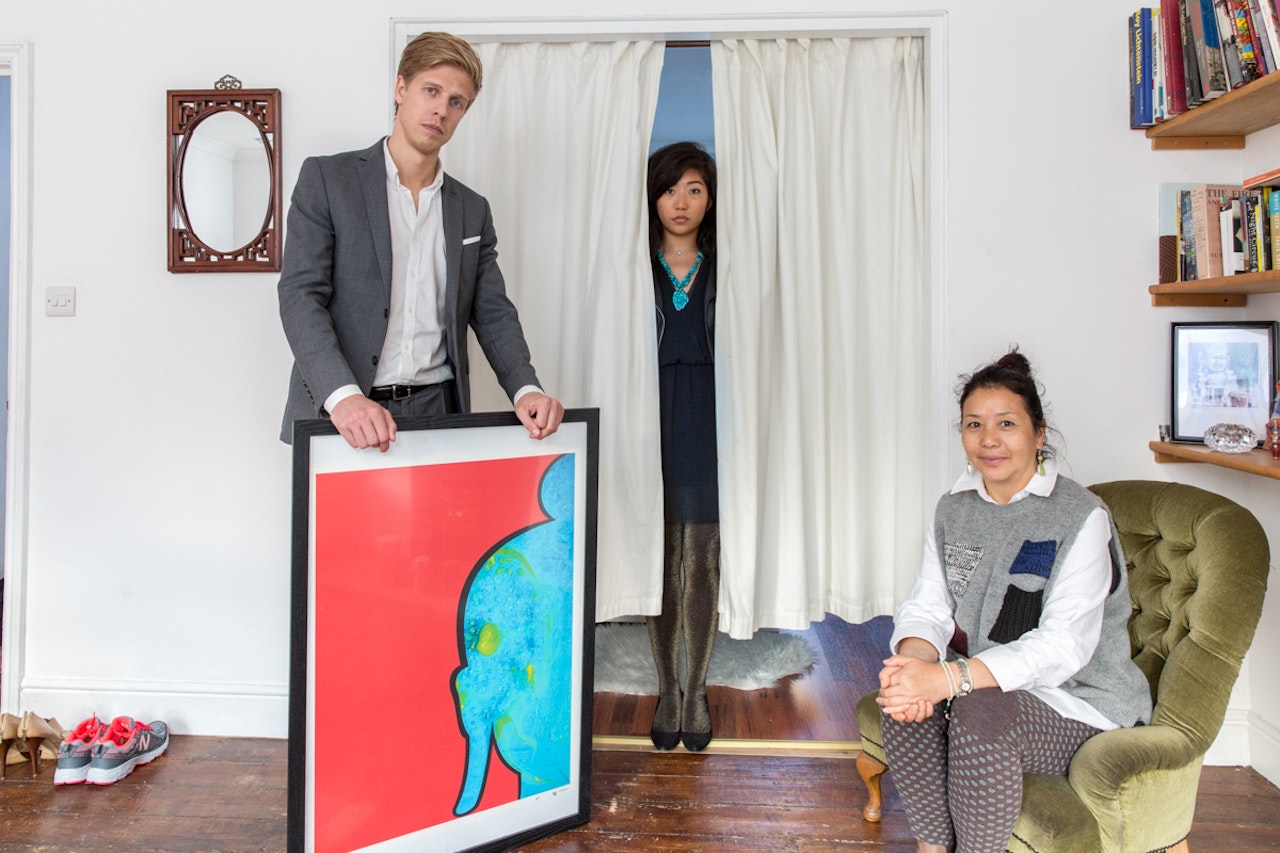 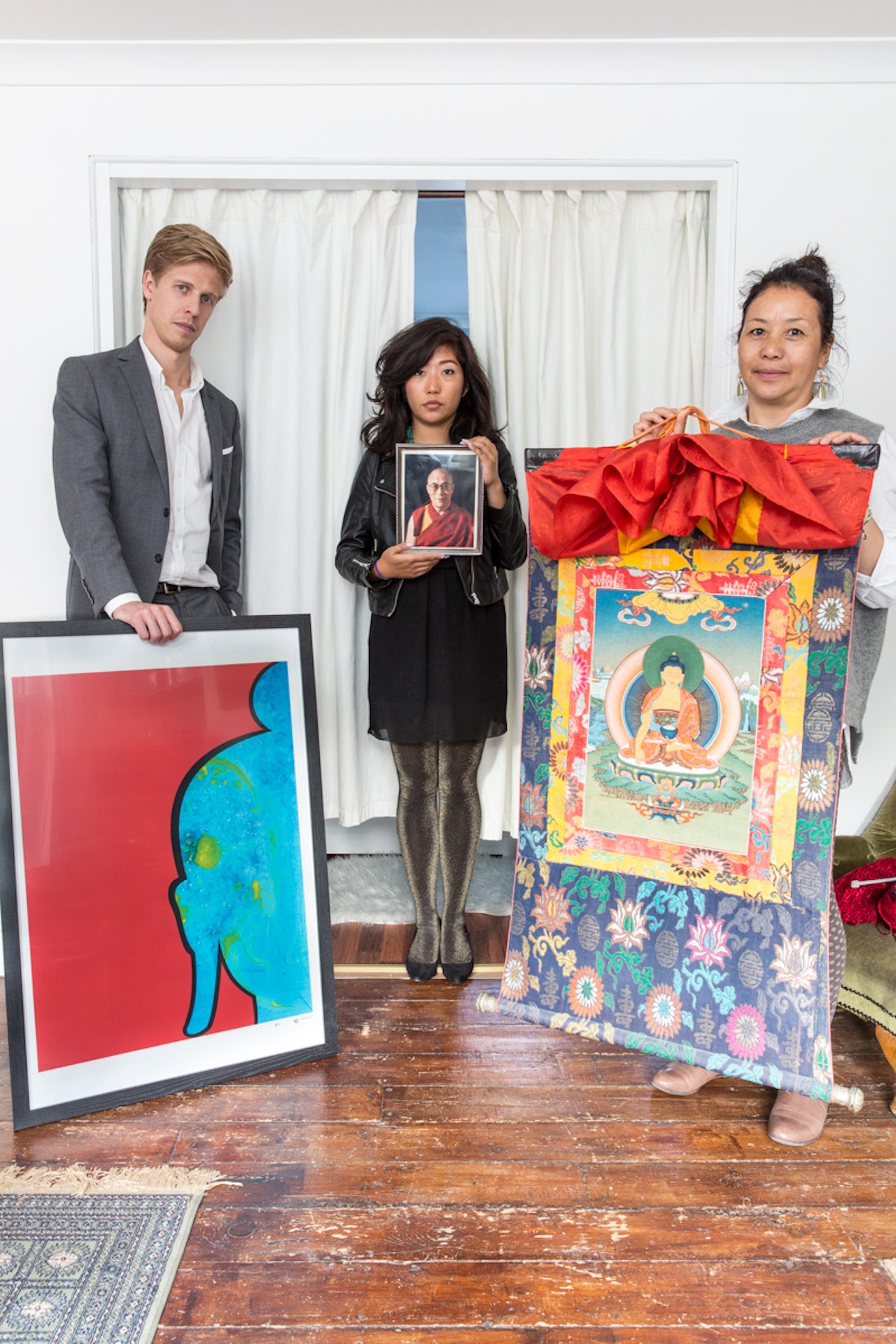 Baiqu Droma with her partner Bart De Putter and her mother, Bian Zhen.

Bian Zhen moved to the UK from Lhasa, Tibet in 1996. “My ex-husband studied here,” she says, “but we also wanted to get a better education for my daughter—so she was born in Tibet but grew up in London.”

“I feel like a hybrid,” explains her daughter Baiqu Droma, reflecting on her cultural identity. “A big part of me is Tibetan: the cultural heritage, the language—but your world view is definitely influenced by living outside and travelling. So I think of myself as an international citizen with a Tibetan background.”

After graduating with a bachelor degree in Politics from the UK, Baiqu went to Beijing to study Mandarin for a year, and then ended up staying for another two years working in contemporary art. She met her partner Bart De Putter towards the end of her first year there. He was studying Politics and Economics at the same university.

“Baiqu was my original reason for coming to the UK,” recalls Bart, originally from Holland. “Returning to Europe, London was the logical choice. Baiqu was from here and there were more opportunities for me as well. Holland is a very comfortable place that you can always go back to”.

Bart now works in finance and Baiqu runs a startup called Art Represent. “It’s a social enterprise—a platform that empowers artists who are affected by conflict,” she elaborates, “It was a logical evolution due to my personal and academic background. I started discovering all these amazing artists from Tibet, an area affected by conflict. My dad is a Tibetan artist. I really felt that the international community had to see a different side to the country that the media doesn’t show.” The project branched out to assist about 30 artists living in other areas of conflict, and helps them sell and exhibit their work.

Bart has not yet made it to Tibet due to strict travel restrictions that call for scheduled trips and impede independent travel, even with Tibetan family or friends.

“But it is important that we go home because we have been together for four years and my granny hasn’t met him,” says Baiqu.

Bian describes England as her “second home;” she still lives here with a Chinese passport and UK visa. “I would like to go back to Tibet if the political climate was different. These past five years I have been always travelling a lot to see my family, who are all there. Sometimes all this travelling makes you feel like don’t belong to anywhere.”

Also from Tibet are the Tenzing & Rentschler Family. From the Netherlands are the Vos & van de Sande Family.