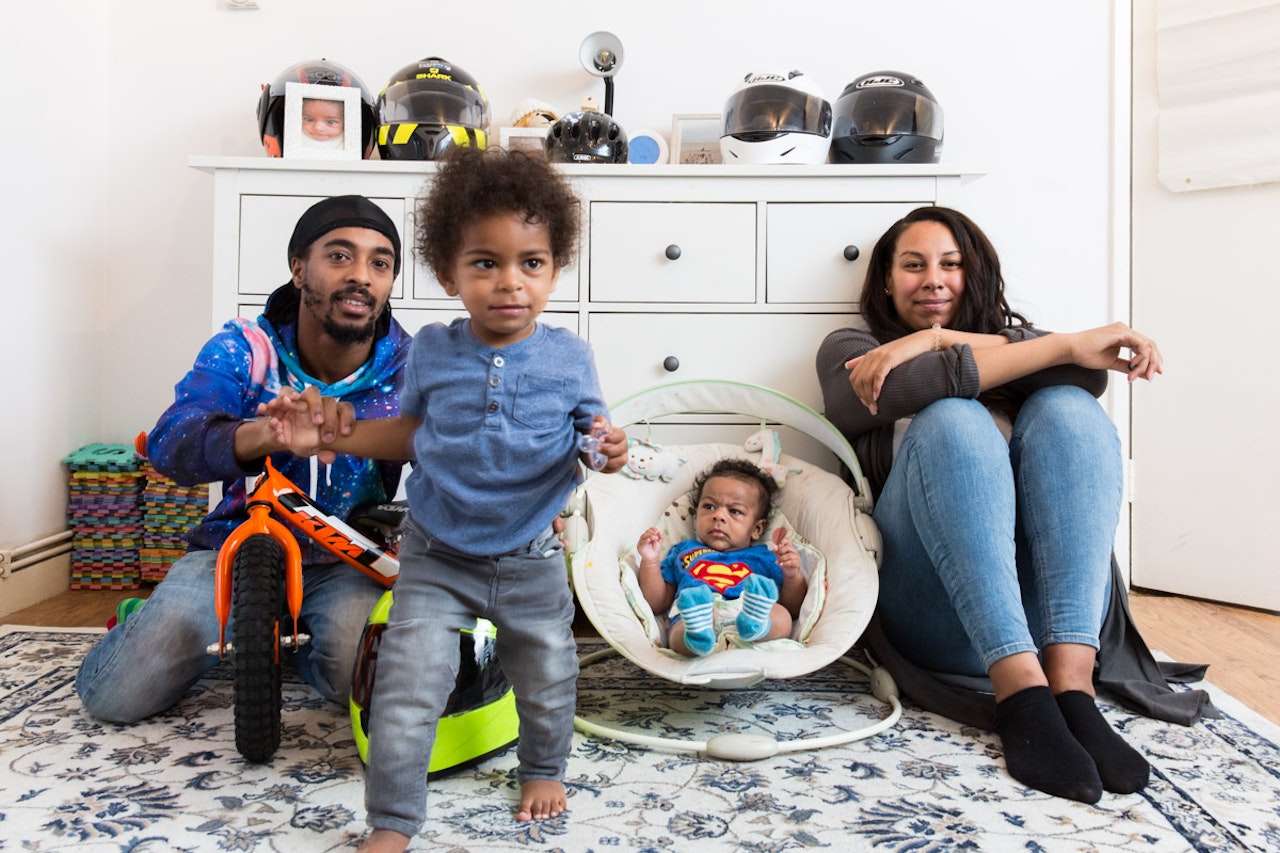 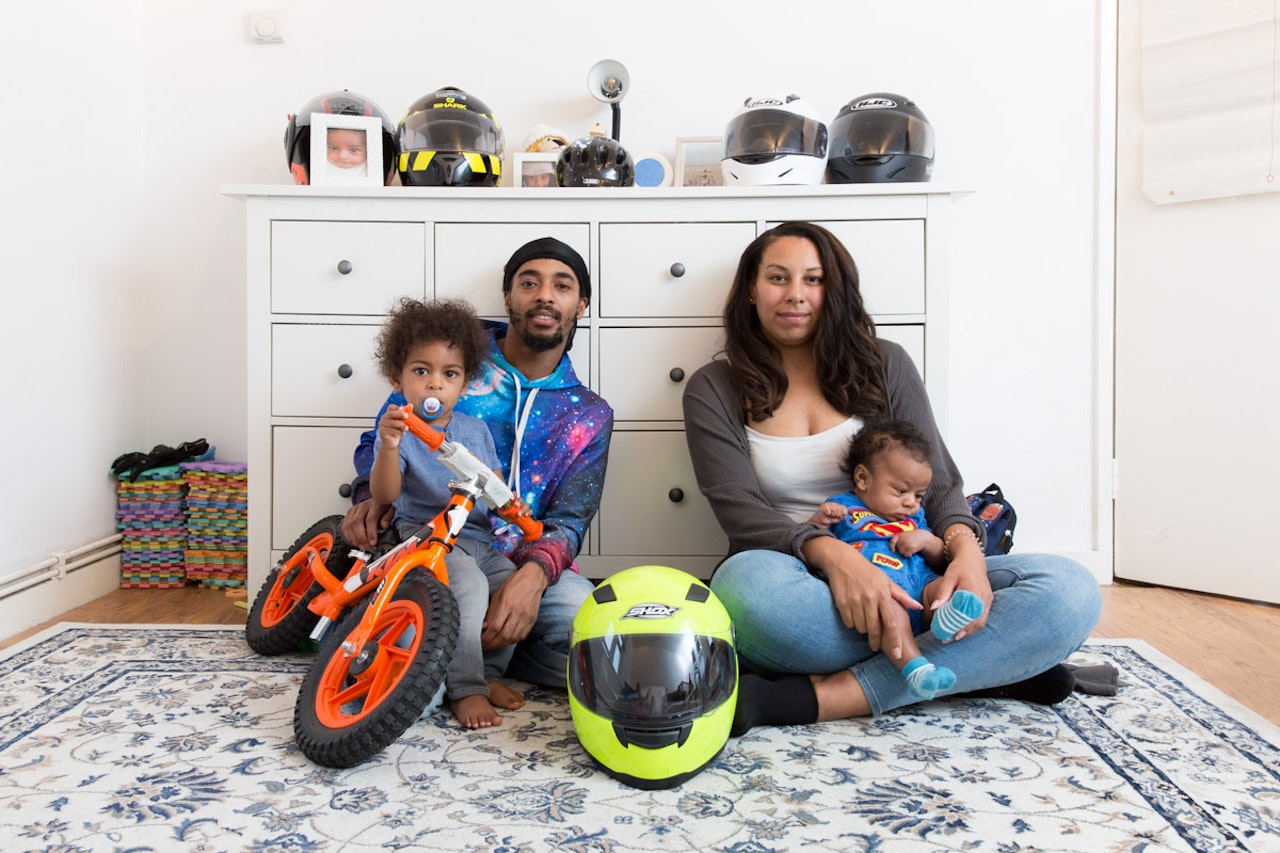 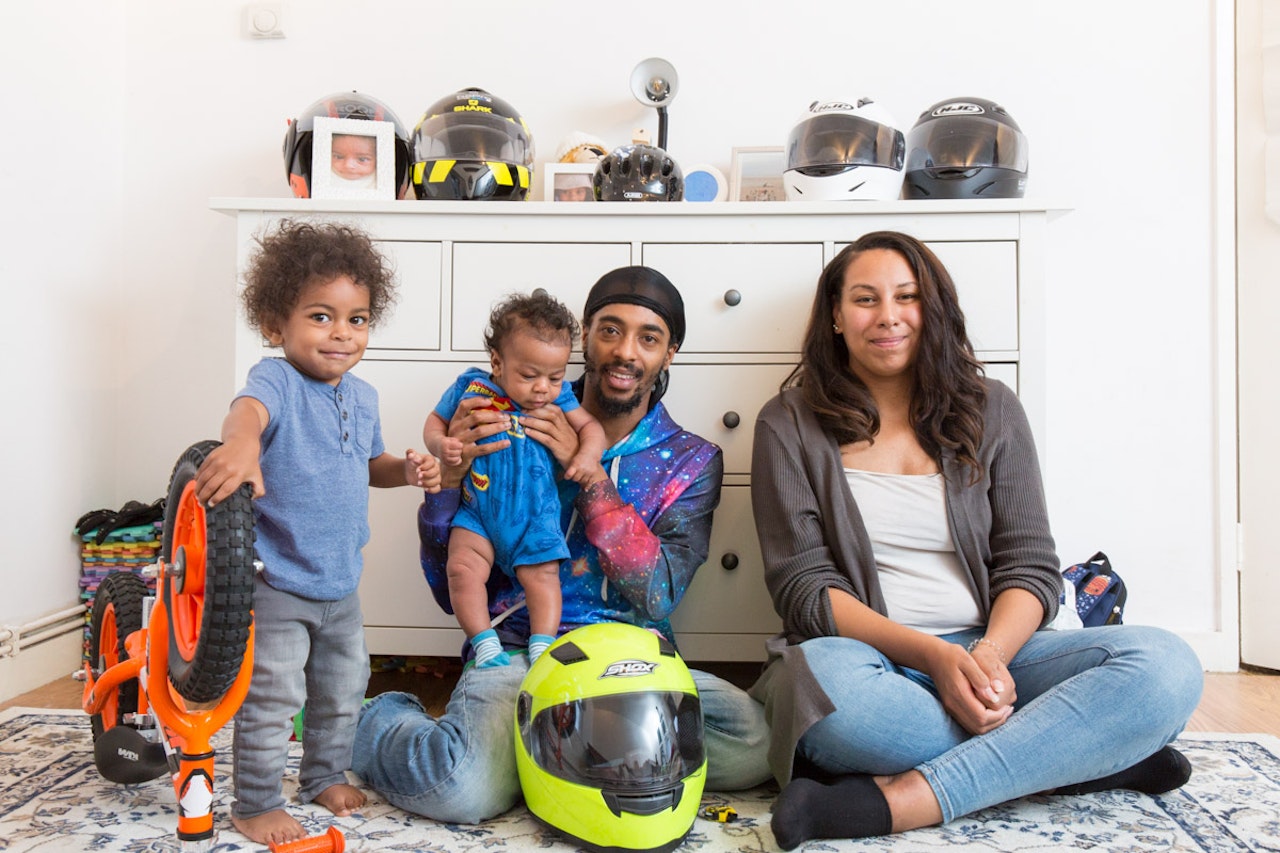 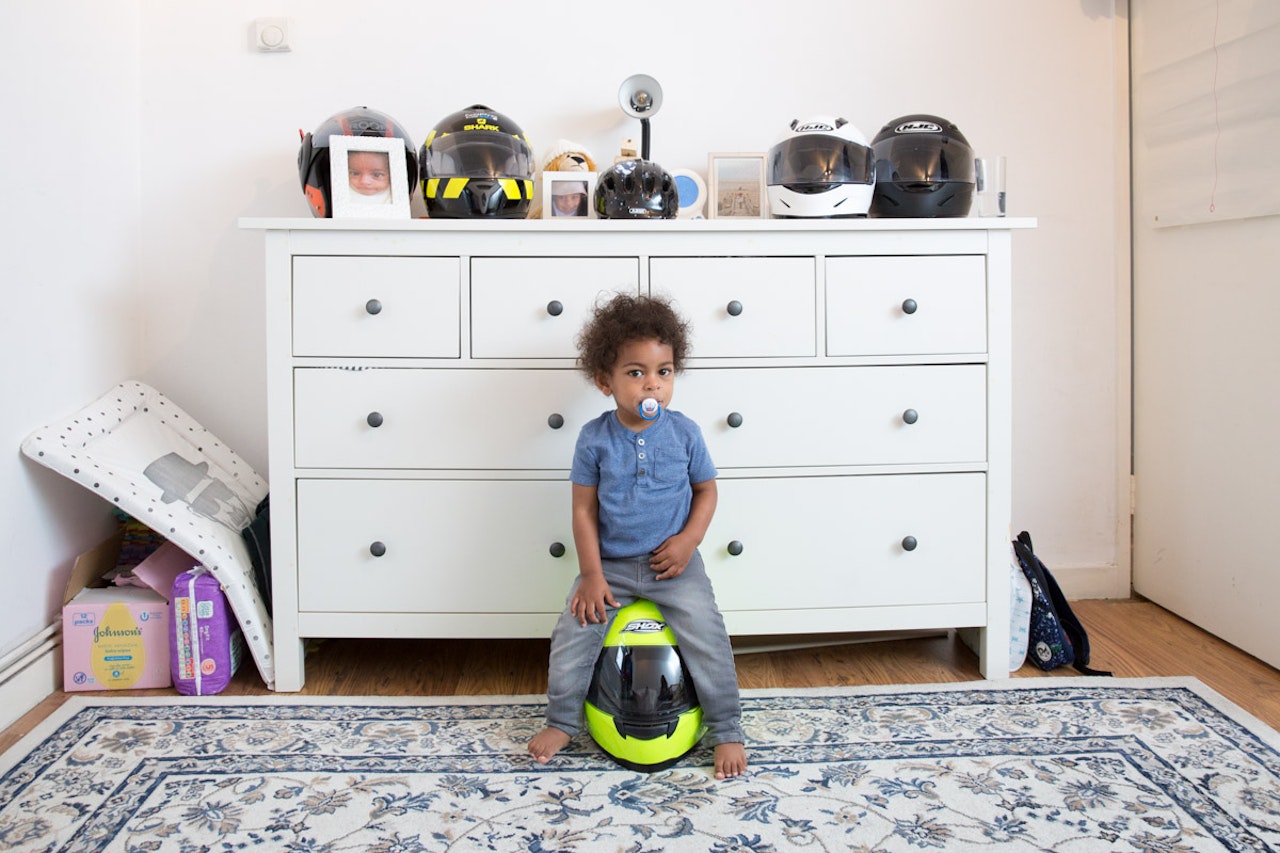 Talei Sinclair with her partner Wesley Armstrong, and their two children Elijah and Aslan.

Wesley Armstrong: On all the forms I fill out, I can’t just say that I’m ‘British’. I have to say that I’m ‘Black British’. It doesn’t bother me too much except I’m not actually black, I’m brown.

Talei Sinclair: I never answer those questions on forms. If I’m feeling rebellious I’ll put, ‘I prefer not to say’. I often give people the long story if anyone asks where I’m from – of where my parents are from and where I was born. I like to tell people the story of how my grandma came over from Fiji when she was 18 and met my grandpa on King’s Road.

Talei met Wesley three years ago on Tinder. For their first date, they went for a bike ride in Hyde Park and a couple of meet-ups later, they began seeing each other. “At the start,” recalls Wesley, “we spent a lot of time driving around to see each other because we lived so far apart.” Now, they live together and have two kids.

Wesley’s parents were both born in England, but his family roots can be traced back to Dominica and Jamaica. “My dad’s mum came to England in the late 50s / early 60s,” he says, “while my granddad stayed behind in Jamaica. My maternal grandparents were living in Dominica.” Wesley has never visited Dominica, but he has been to nearby island St. Lucia.

Talei’s heritage is a mix of Fijian, Jamaican and Tongan, and she also has family in New Zealand and Australia. While she has never visited Tonga, she suspects that most of her Tongan relatives now live in New Zealand or Australia, where the rest of her family lives.

Having postponed her studies, Talei spends the majority of her time looking after her children at present. “I already have a degree,” she says, “but I’ve just started another one in Energy Management, which I am going to continue when the kids are in nursery next year. I did try to study with both of them here, but it was impossible.”

Wesley is currently a driver and rider.

Wesley: I’ve done so many different things. As soon as I left school, I worked in retail and then I worked in mechanics, electrical engineering and security. I’ve done a lot of driving jobs, mainly because I love driving. At the moment, I’m working for a driving agency where I drive a lot of prestige cars. I also deliver black cabs.

Although they both enjoy living in London, Wesley says that they are considering moving elsewhere in the near future.