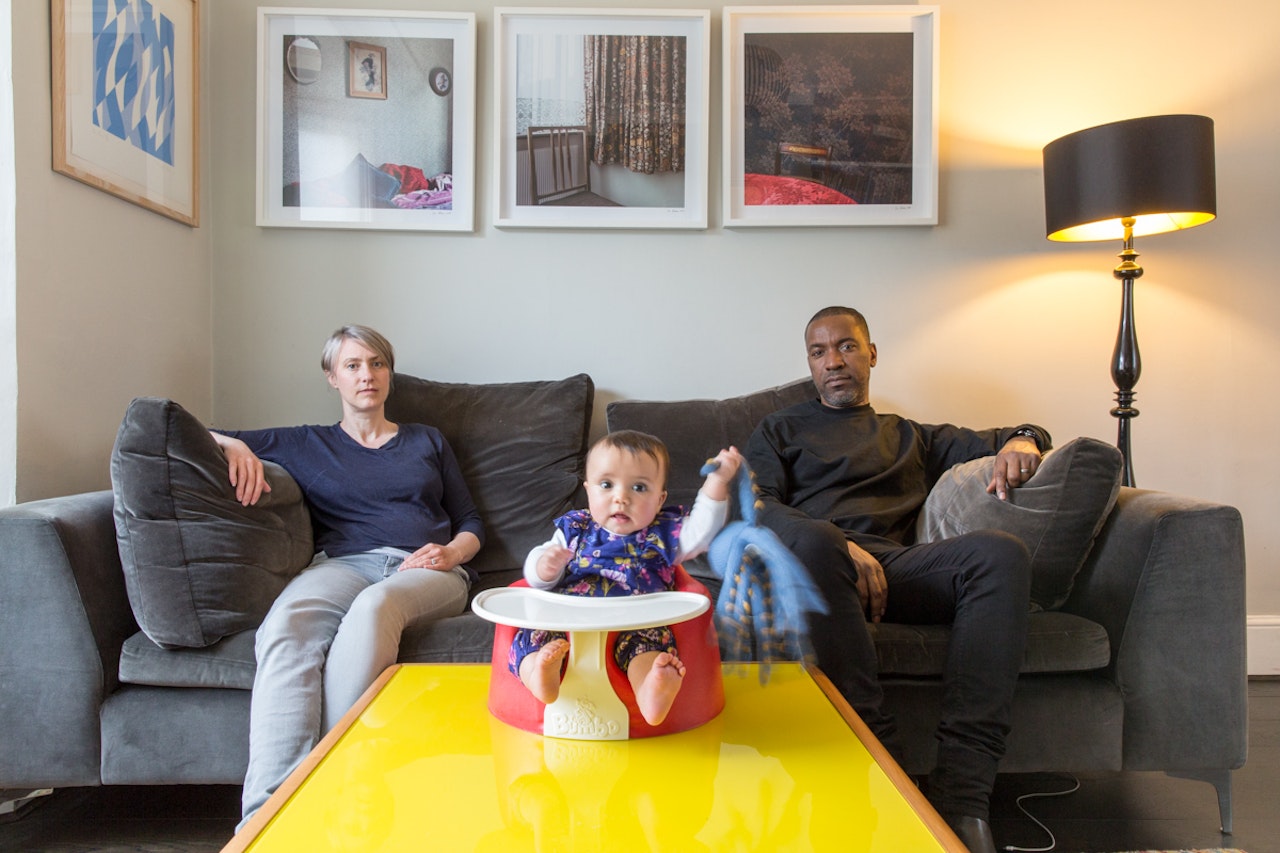 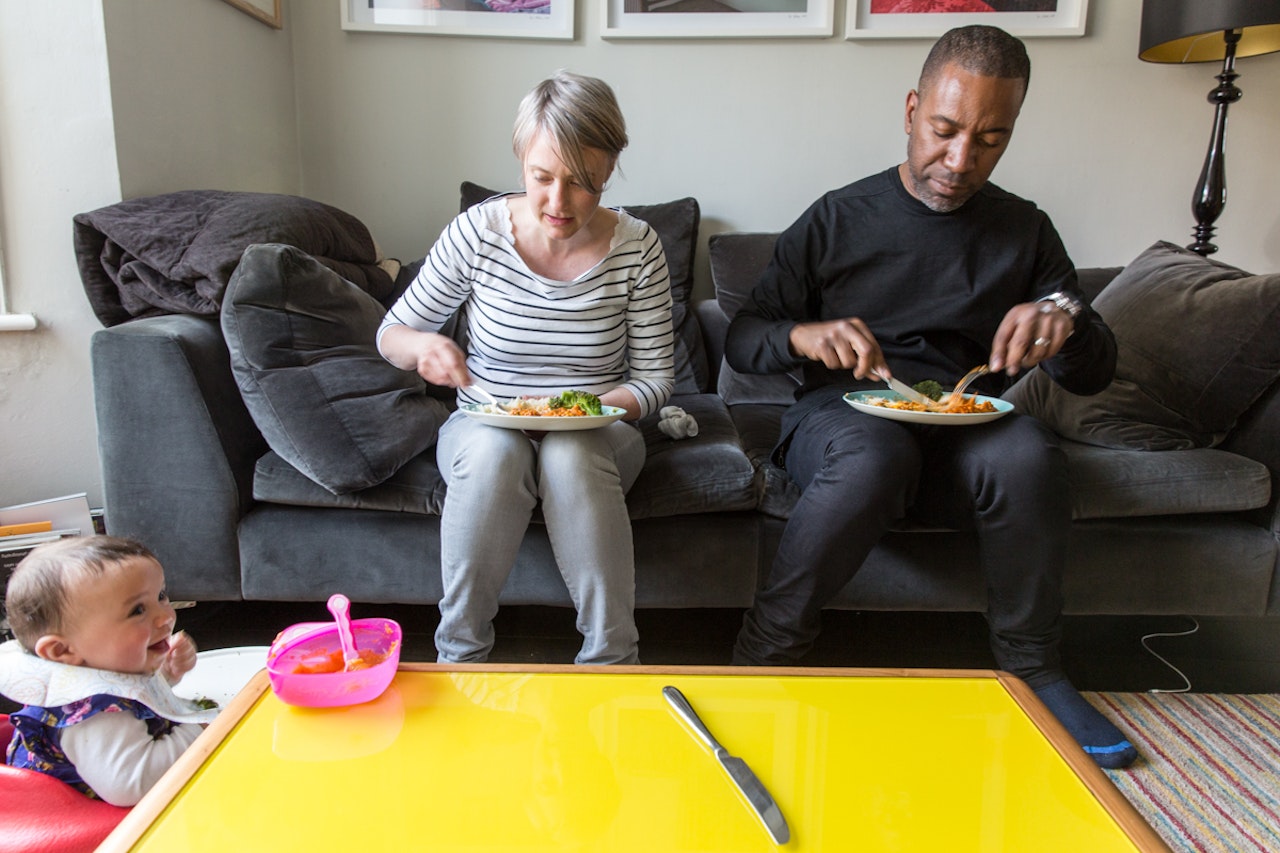 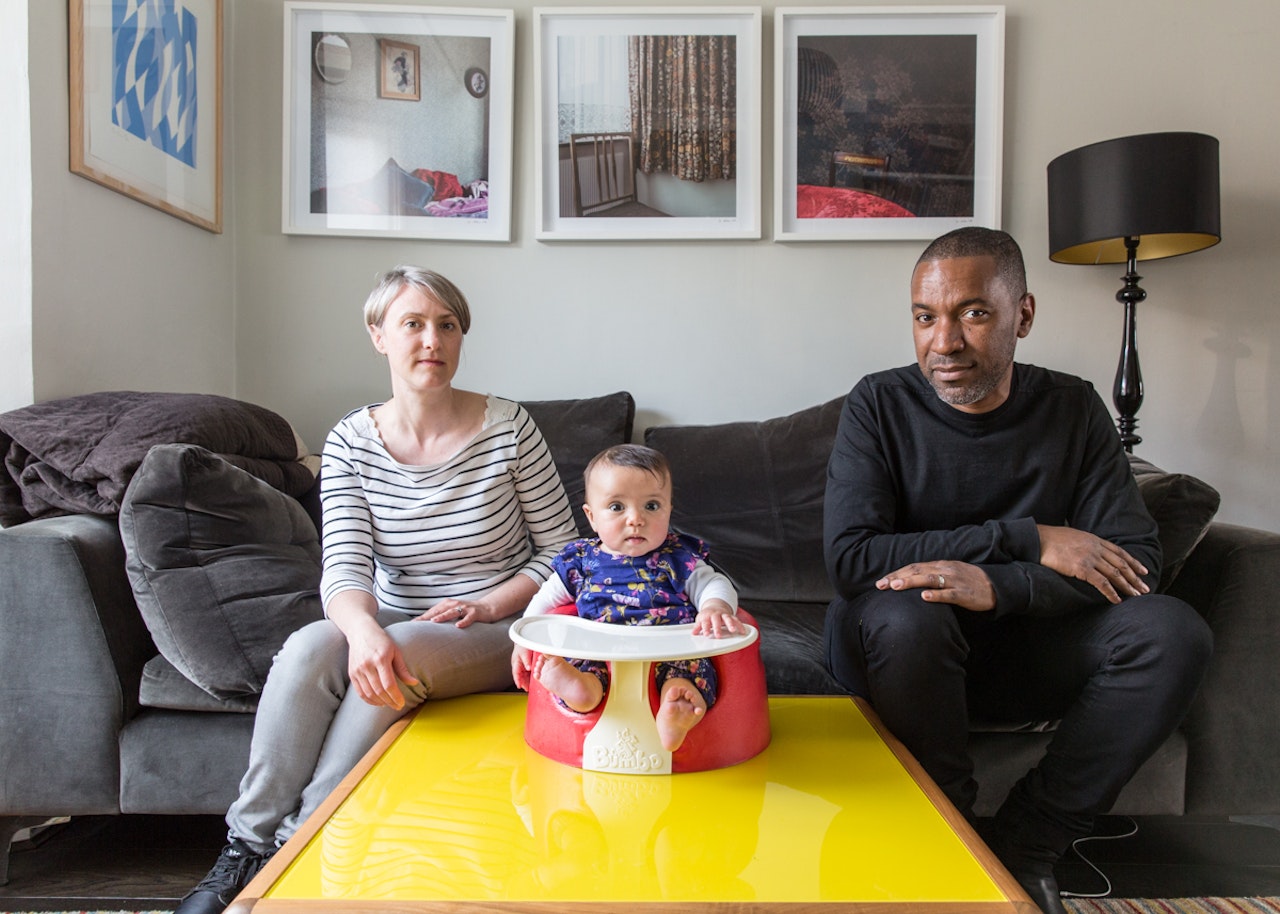 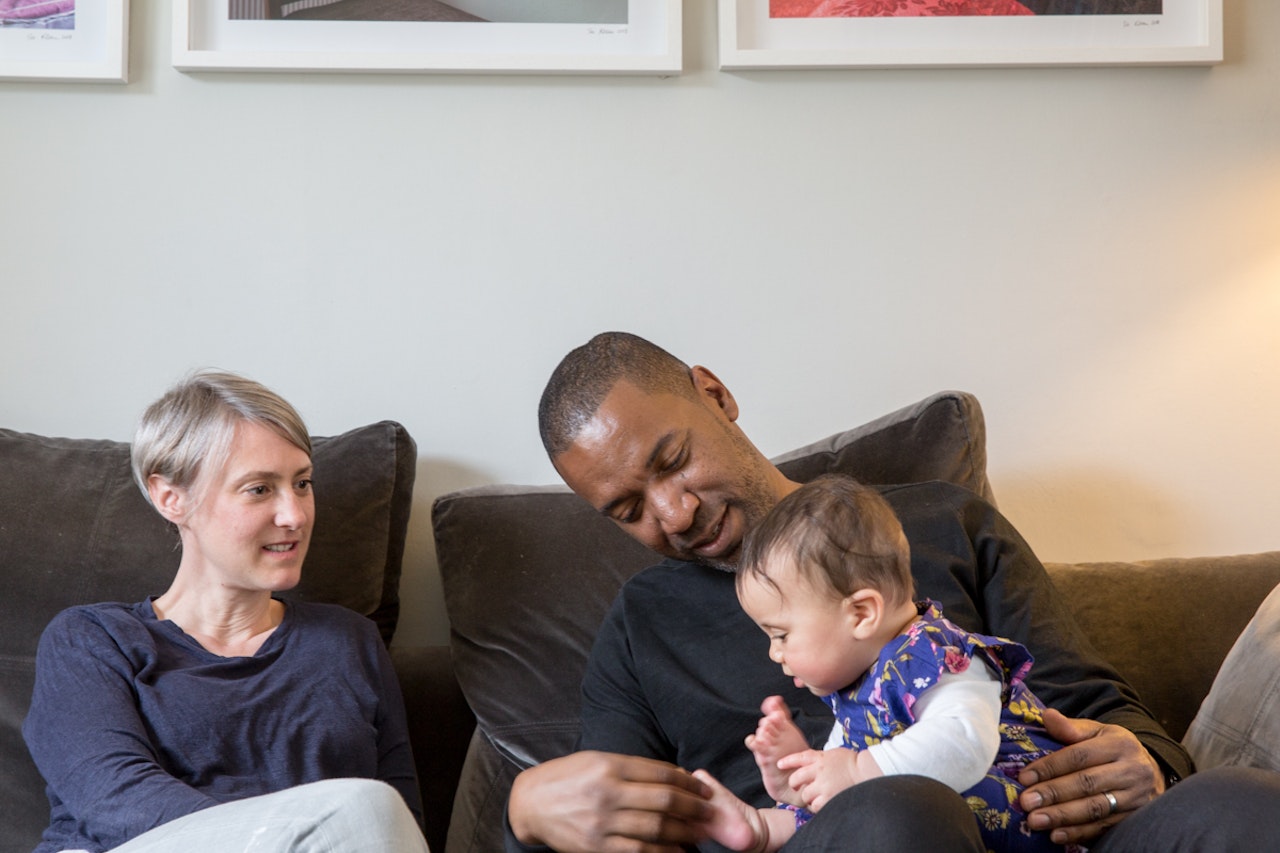 Adrian Hall with his partner Katherine Green and their daughter Midori.

“I think of myself as from Walthamstow, a true Londoner,” says Adrian Hall. While Adrian was born in London, his mother was from Jamaica and his father from Trinidad, “which wasn’t a good combination when I was born,” he says. Adrian’s family left England and he went to school in Trinidad for a few years before his mother and father split up and he returned to school in England. This was where he first met Katherine – at school – and they have been together since 2006.

When Adrian returned to school in England he was at an advanced level compared to his peers. “I was the first to write in pen,” he says, “and we used to use dictation before primary school.” Katherine believes the education was better in Trinidad. Adrian remembers singing the national anthem before class each morning and he recalls the strictness of his teachers.

Despite his heritage, Adrian says he sees himself predominantly as English. “I’m from England,” he says, “I also have a big preference for Trinidad over Jamaica. I prefer the culture and atmosphere of Trinidad; Jamaica is rougher and more aggressive. However, saying that, Trinidad can be a very sexist place.”

Katherine, whose family have lived in London for over a hundred years, has fewer complexities when it comes to her identity. She says: “I see my family as very traditional; my mum lives just up the road and my dad lives just a mile away. We’re very rooted.”

They last visited Trinidad in 2007 but Katherine says they need to go back soon, “because grandad needs to see more of his granddaughter.”

Adrian: I haven’t been back to Jamaica since I was about eleven or twelve. As I said, I prefer Trinidad so I will always rather go back there. My grandma came over for Midori’s birth and she’s quite insistent that we go over there.

Katherine: Adrian’s dad was in the UK as well; he came here when he was really little, and then he went back when he was four or five.

Adrian: I have a really complicated family.

Adrian: We’ve recently found out that my great grandad was Syrian.

Katherine: He also has Portuguese and Spanish, which is an amazing mix when I compare it to my family who have been in the same place for years!

Currently, Katherine is on maternity leave and is now focusing on her daughter Midori, who is six months old. Before that, she ran a design company, which she has just sold, and she is also a photographer. Adrian is a marketing campaign manager at Crossrail, in charge of the consumer part of the company’s promotional aspects.

Also from Trinidad & Tobago are the Thomas & Bonnington Family. From Jamaica are the Brown Family, the Dudziec Family, the Rodriquez & Tordecilla Family, the Grandison Family, the McKenzie Family, the Sinclair & Armstrong Family and the Golding Family.