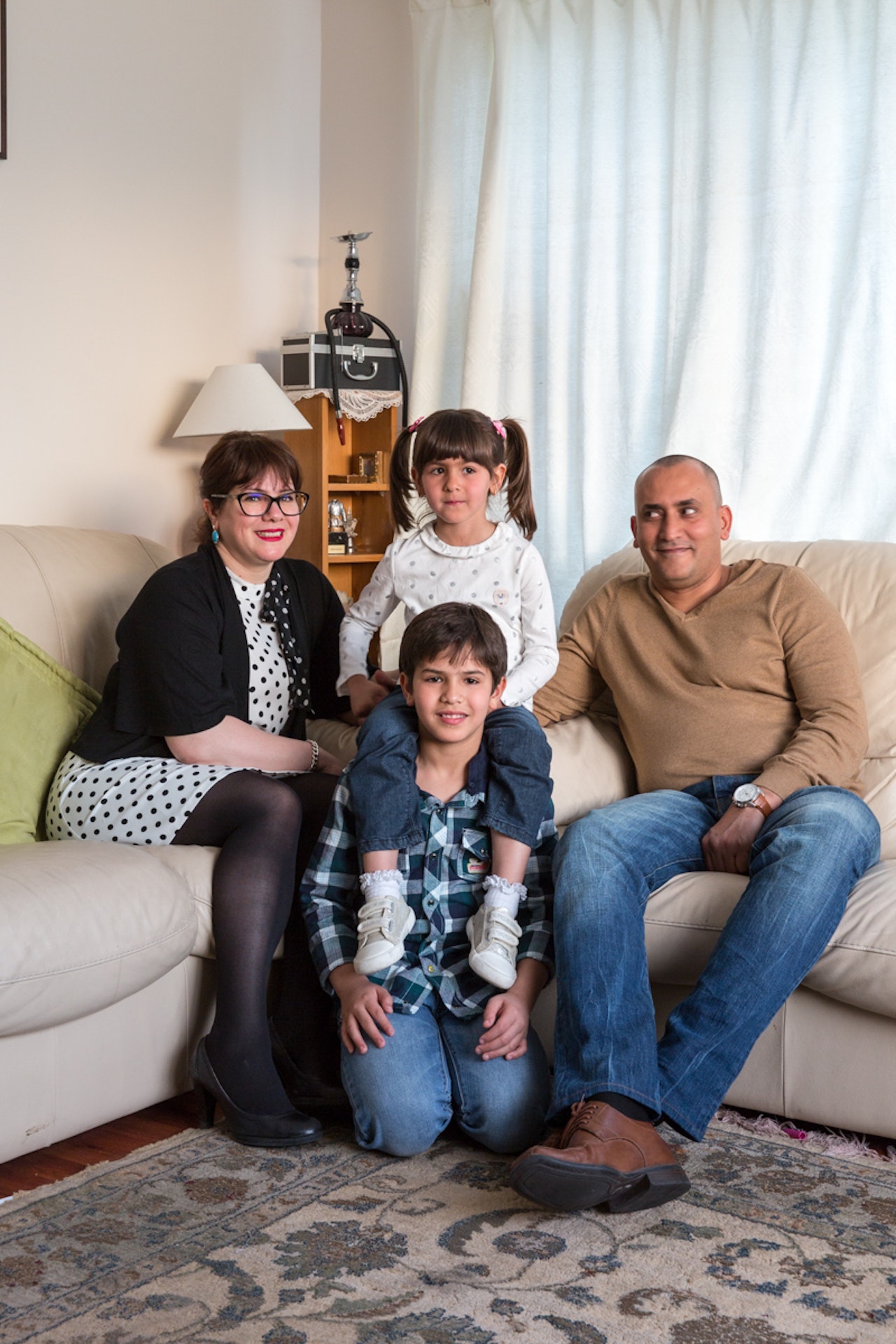 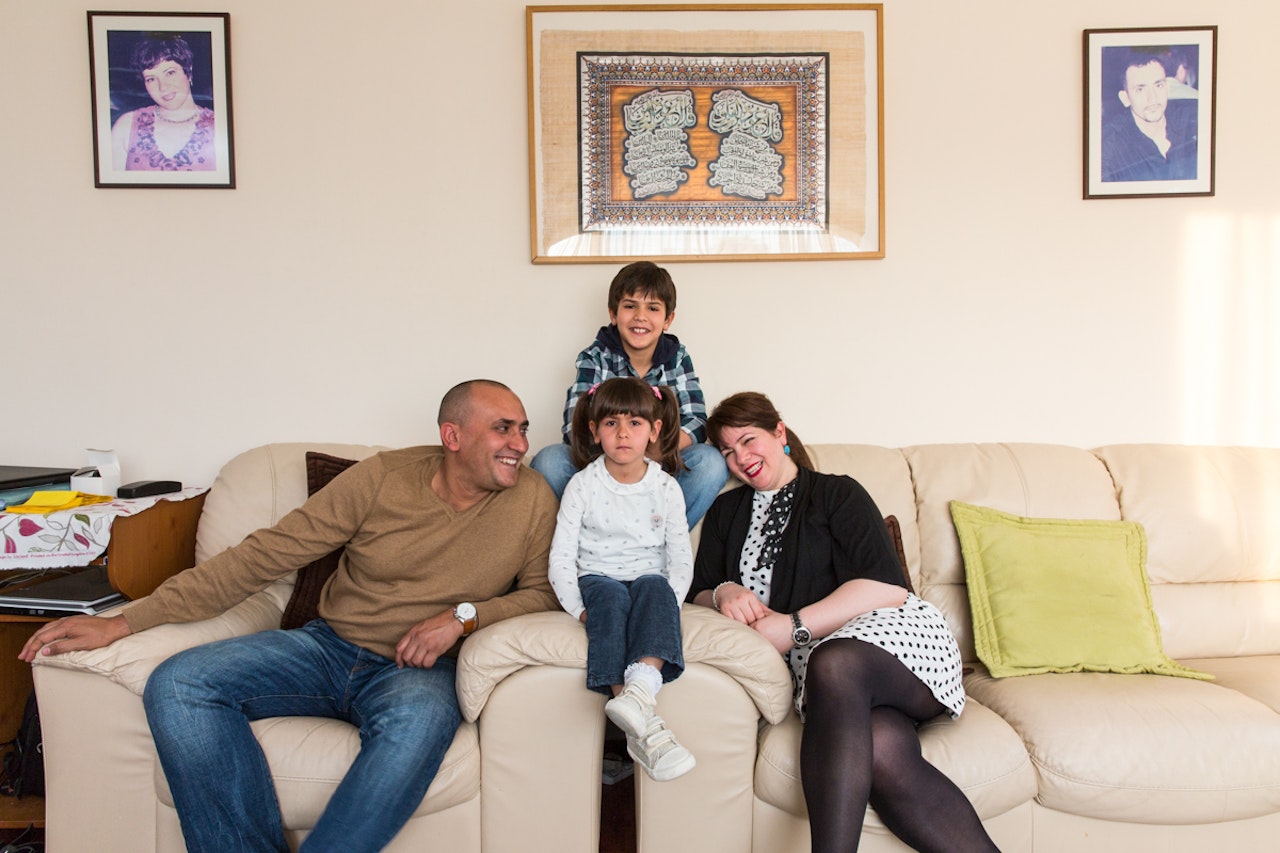 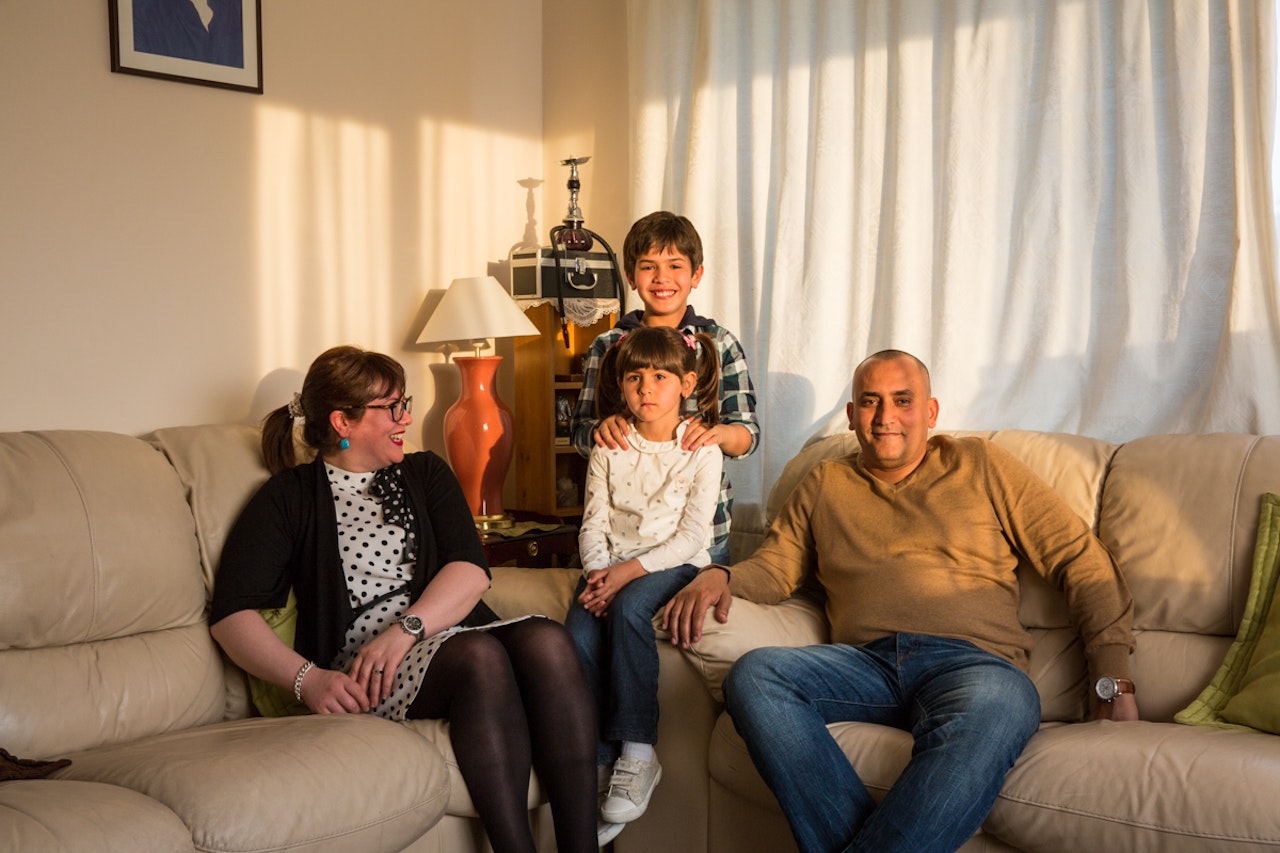 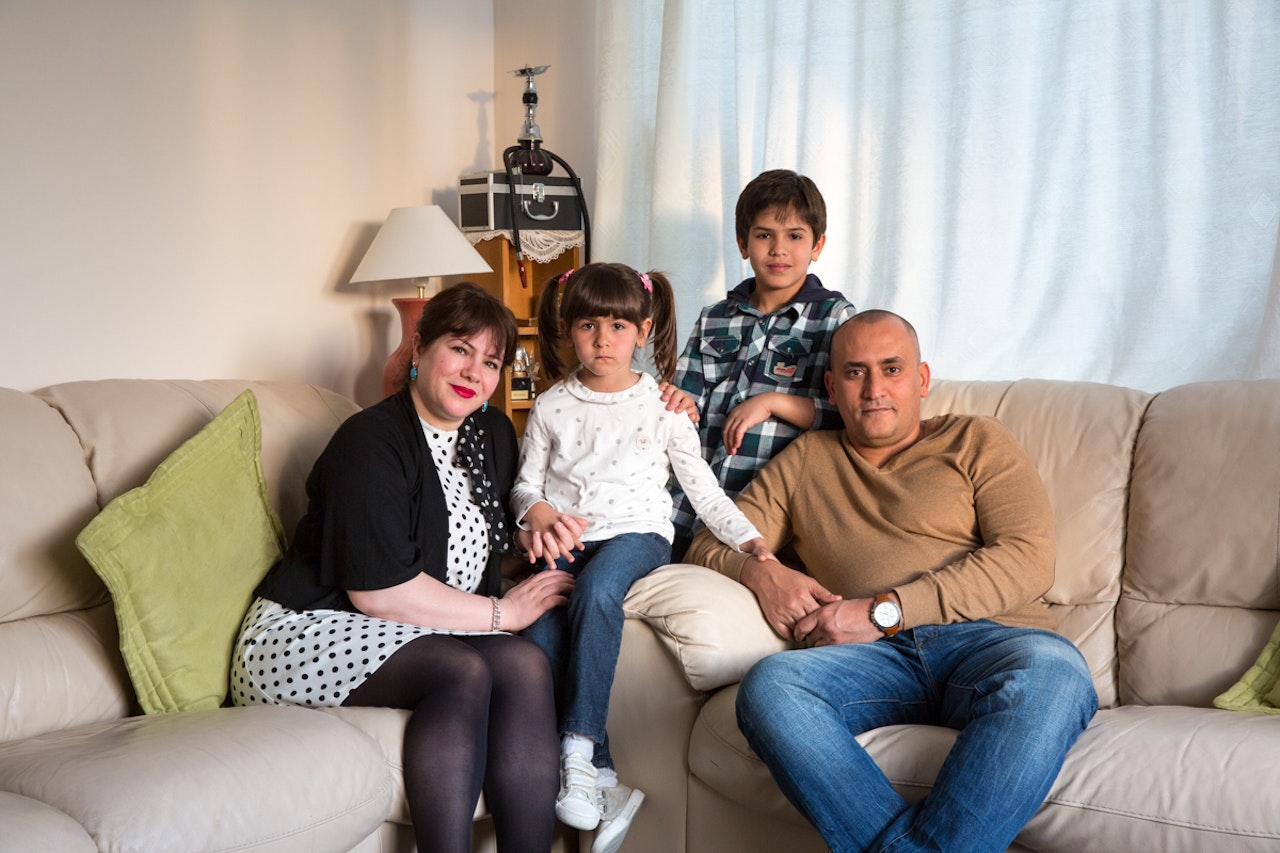 Salim Arbi with his wife Narjes, their son Hamza and daughter Fatma.

“Work brought me here I guess,” says Salim Arbi from Tunisia. “My wife Narjes and I came to London together seventeen years ago, in 1999.”

They faced no issues with gaining working visas. “I had been coming to the UK for many years for holidays, which I think made it easier,” he continues.

Salim currently does security work for a nightclub, while Narjes is a compliance officer for the National Bank of Egypt. She did a Master’s in Management and has been working in banking for the last fifteen years.

“Working here used to be a lot easier,” recalls Salim, “but it’s getting a bit more difficult nowadays. Brexit has made a big difference in the economic market.”

Both Narjes and Salim still feel strongly connected to the country where they grew up. “We feel purely Tunisian,” says Salim. “At home we speak Arabic – the teachers recommend that we speak to them in our native language at home, and to let them teach them English at school. In that way we don’t teach them ‘broken English’. Hamza already speaks Arabic well.”

“Every school holiday we spent in Tunisia with the kids. They need to speak in Arabic because not everyone in Tunisia speaks English, especially their grandparents.” Salim’s mother came to the UK to help out when their son Hamza was born.

“All my family are there. I don’t have any family here,” says Narjes.

“Maybe we’d like to return to Tunisia one day,” she continues, “not now though, mainly because of our kids. We’re planning on staying here at least for the remainder of their education. We may end up spending a few months here, a few months there, when we have the money that is.”

“Yes, the lifestyle is much better there,” agrees Salim, “you get more value for your money.”

Despite still strongly identifying as Tunisians, Narjes and Salim have been open to new cultures while living in London. “London is very cosmopolitan, and we are friends with a diverse range of nationalities,” says Salim. “In one building you might have seven different nationality families, who all speak different languages.”