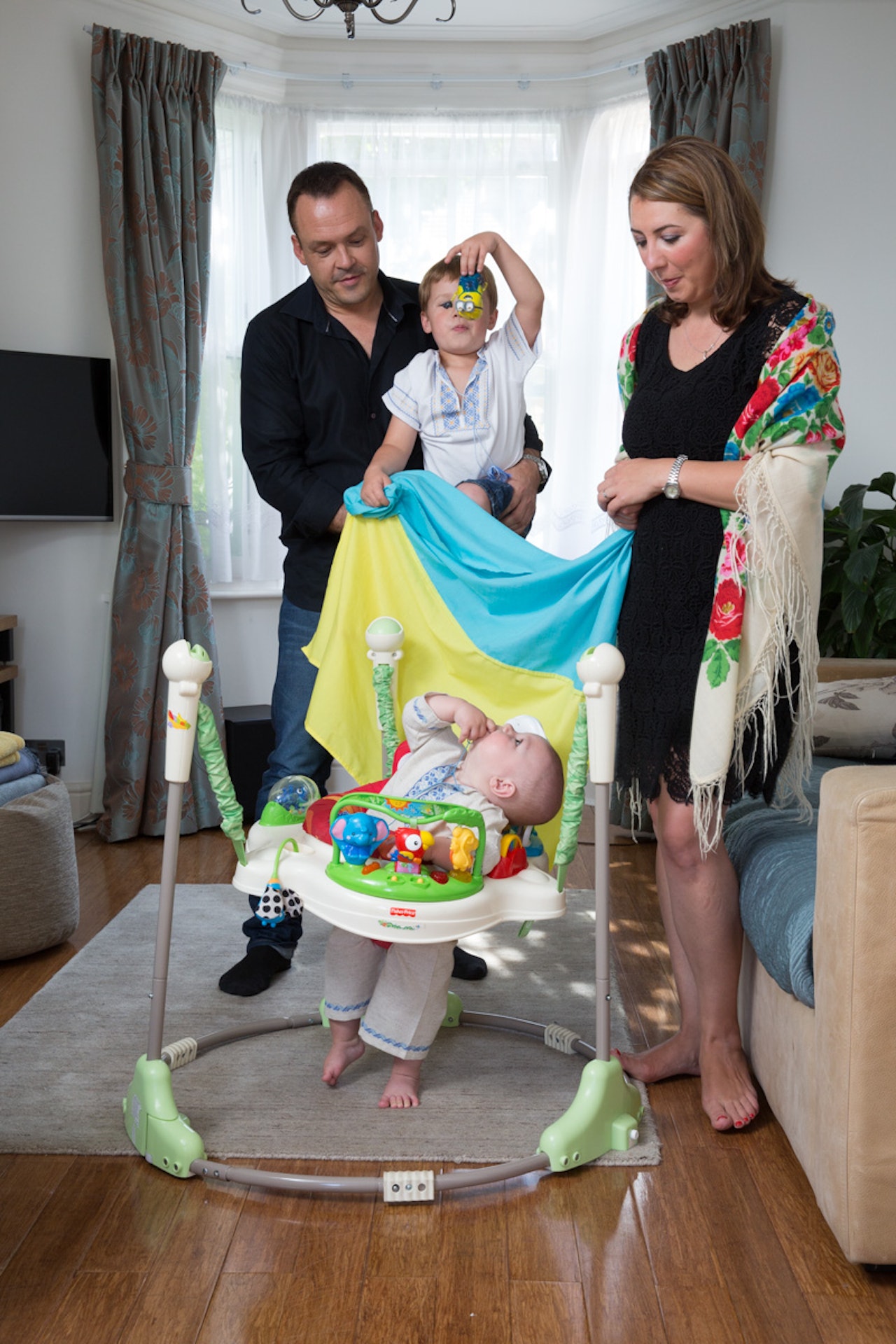 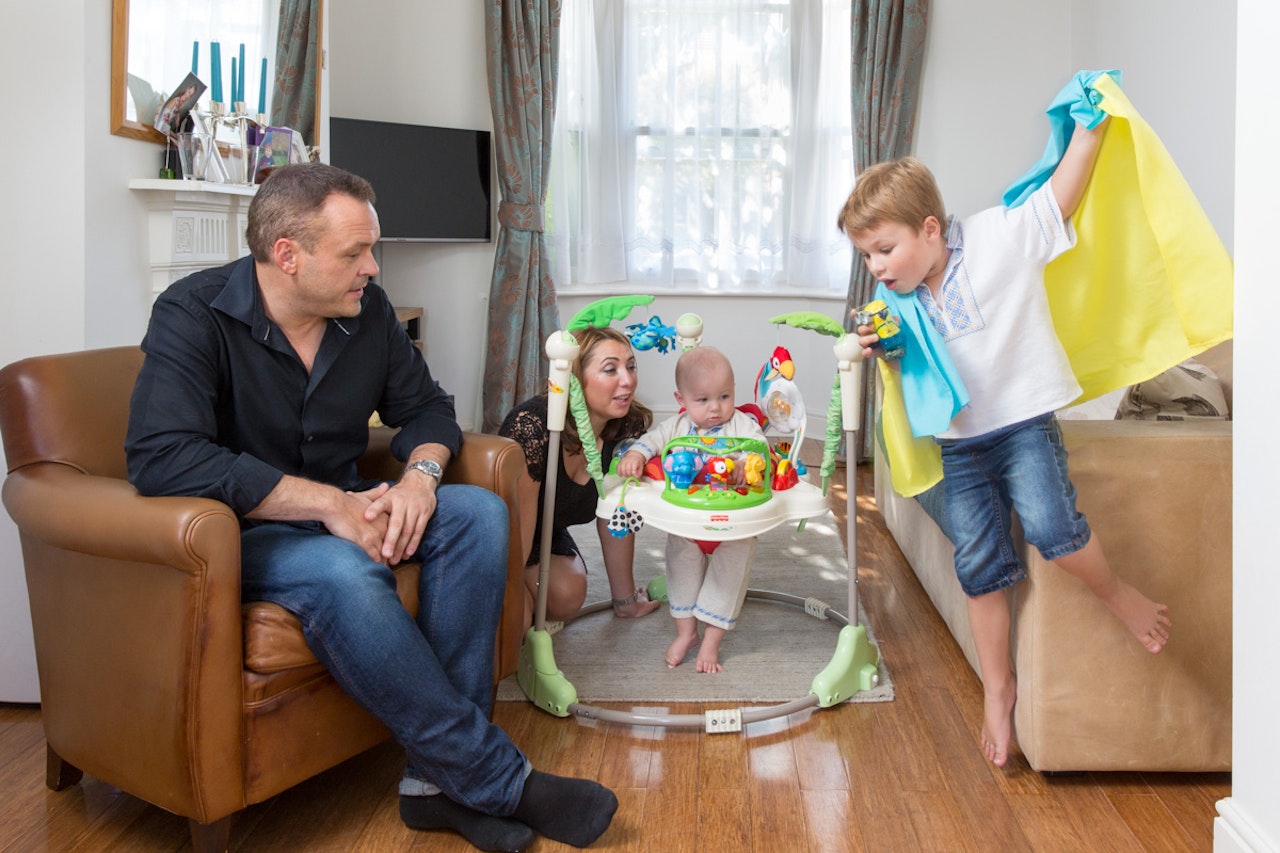 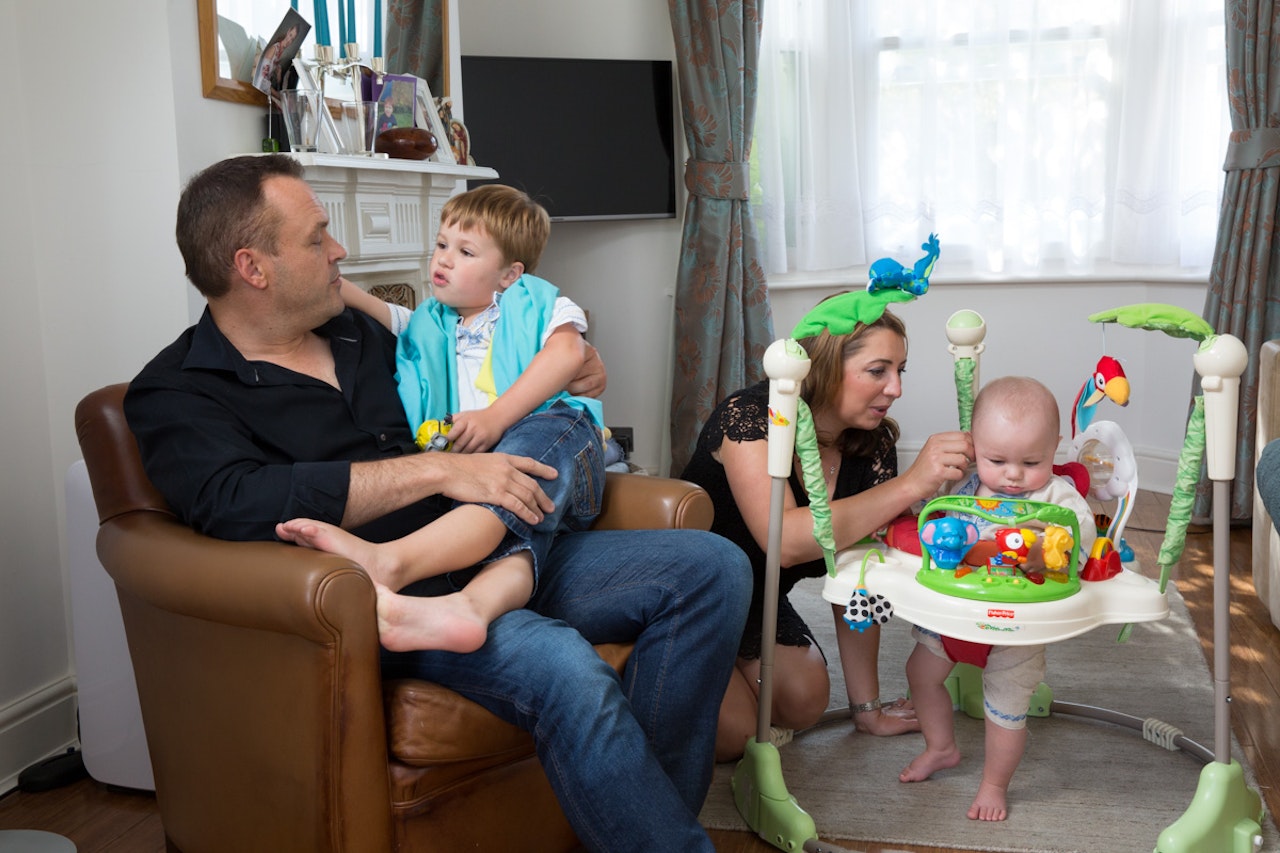 Natalia Leigh with her husband Christian and their sons Samuel, 4, and Stefan, 7 months.

“I was pretty sure I wanted to marry her after about three months,” says Christian Leigh of his Ukrainian wife, Natalia, “We went to Borshtch ‘n’ Tears, a Russian restaurant in Beauchamp Place, had a lovely meal, drank most of a bottle of vodka, and then when Natalia went to the loo, I said to this American couple next to us, ‘I’m going to marry that girl,’ and so I did.”

From the age of 3 to 14, Christian lived in Germany before moving to England. While his mother was a German native, his father was from Devon. After a couple years in boarding school, Christian left home at 17 and started work as a computer software writer. Natalia originally came to England in 2001 to study English, but has stayed here ever since – aside from the six months in which she returned to Ukraine to marry Christian in 2008.

“Natalia was working as a waitress in a wine bar and I’d always liked her,” Christian recalls. “We started seeing each other but then Natalia’s visa expired, and I followed her back to Ukraine.”

Getting married, however, wasn’t so simple because Natalia is Ukrainian Orthodox and Christian is Church of England. As the priest ruled out a church marriage in Ukraine, they had a registry office marriage instead. A month and a half later they remarried in a church back in England. “Natalia wasn’t so bothered about that bit,” Christian says, “but we did it for the parents.”

Christian and Natalia now have two boys, Samuel (aged four and a half) and Stefan (seven months). Although Natalia tries to go back to Ukraine once a year to see her family, the distance and poor travel conditions mean that she visits less than she would like.

“I love Ukraine,” she says. “It’s a beautiful country with lovely people. Maybe I’ll return there when I retire. It’s tricky though as Christian likes downtown Kiev and I like the country where my grandparents lived.”

With all of her family back in Ukraine, Natalia has come to value her friends here greatly, although both she and Christian agree they have found it easier to relate to people in London who are not English. “I find it harder to connect to English people,” Natalia says, “even now with Samuel at school; the English tend to stick together.”

“When I first came to England and said I was from Ukraine, many people had never heard of it. Recently, people have heard about Ukraine but for the wrong reason: the conflict. Also, many people I know are from the western side of Ukraine which is very traditional and nationalistic in contrast to the eastern side, and now there is a lot of tension and falling out – especially when people start listening to the propaganda. In the past we were always told we were one family and had similarities with Russia, but I have no Russian friends anymore and I know people who are no longer friends with Russians they’ve known for 15 years.”

Also from Ukraine are the Benchoula Family and the Charuh Family. From Germany are the Gatica & Stanke Family, the Di Francesco & Stephan Family, the Gentil Family, the Tenzing & Rentschler Family, and the Peters & Seidemann Family