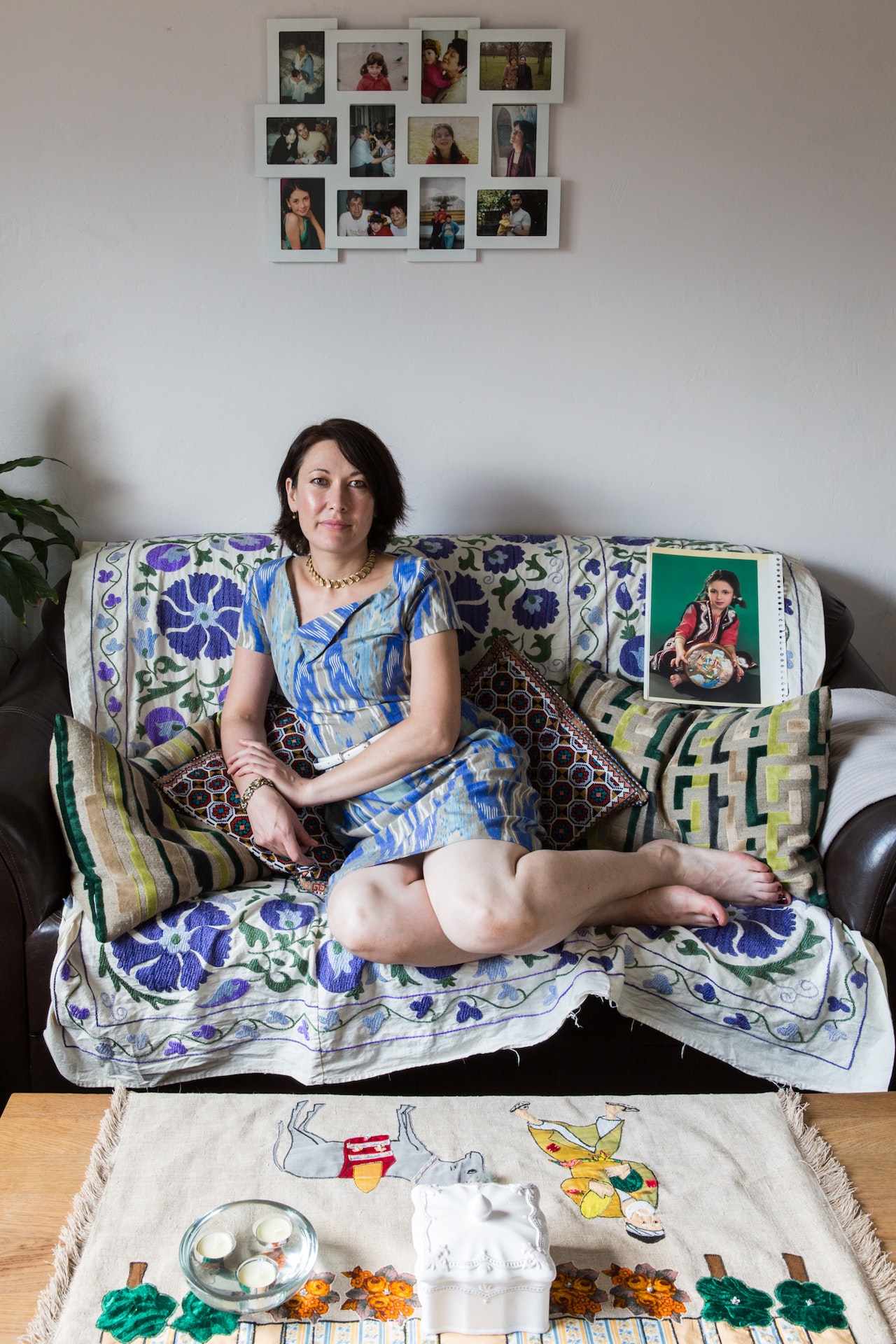 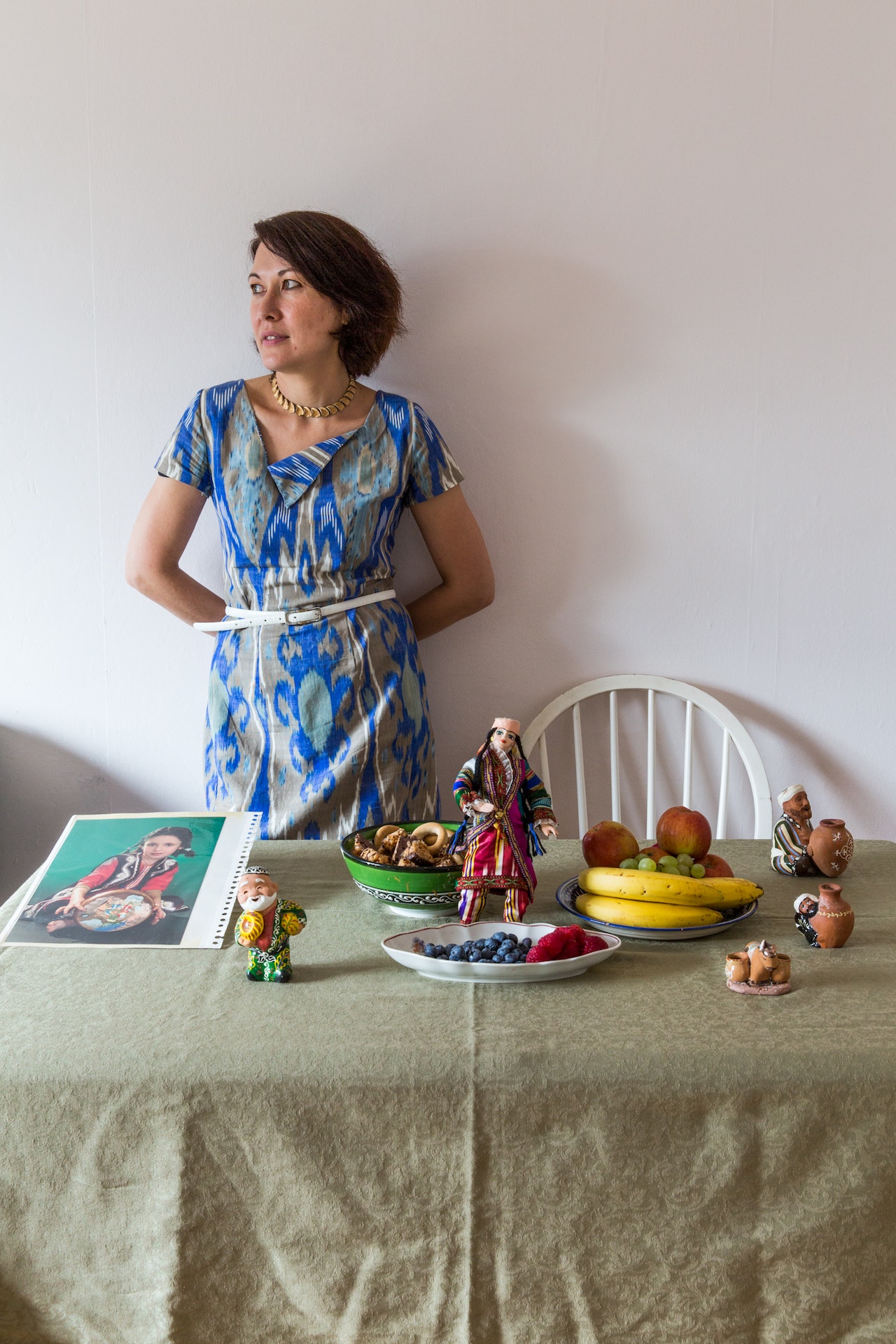 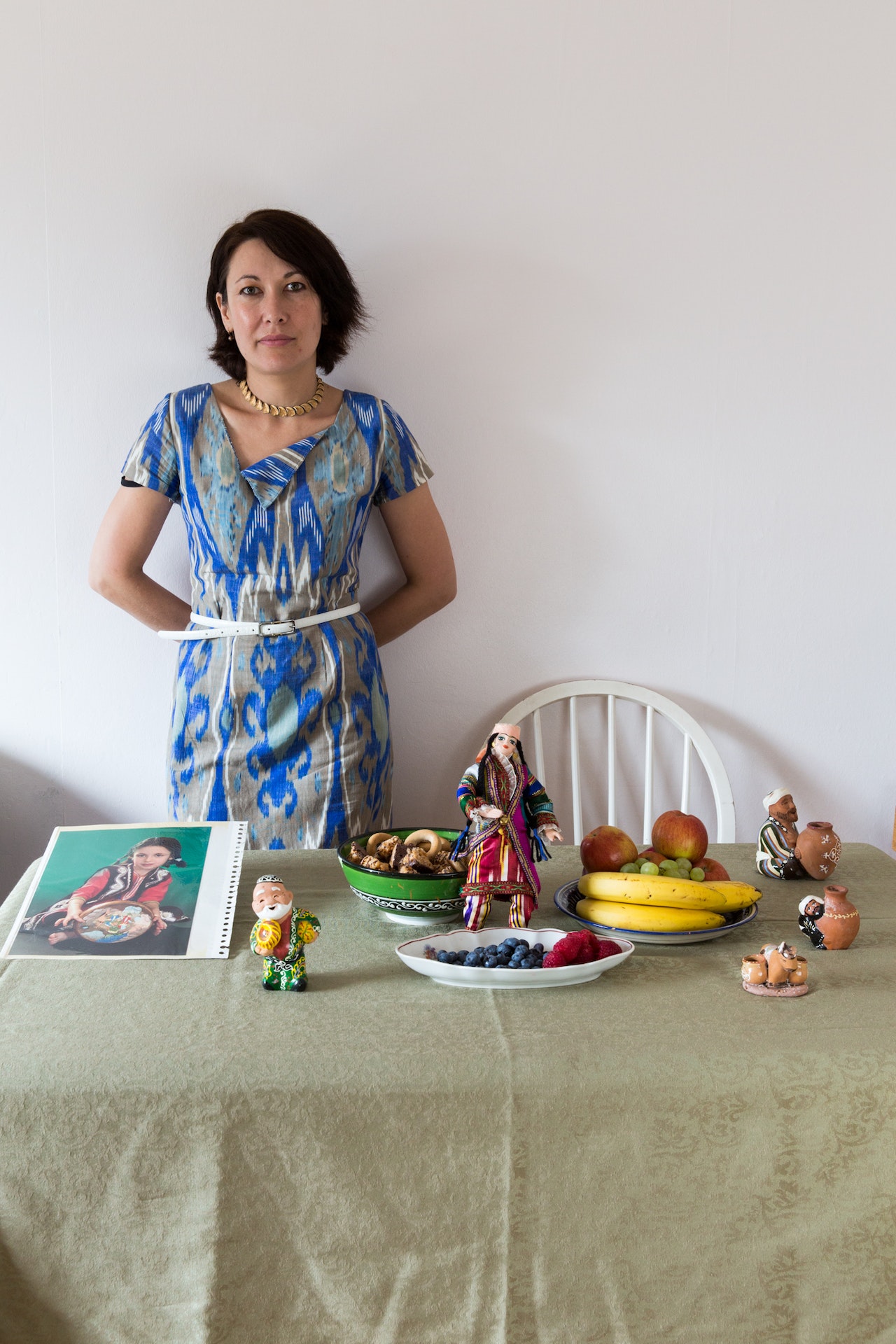 Umida Dramchini with a photo of her daughter who is absent.

“I’m British. I’ve always felt British,” says Umida Dramchini, who came to the UK from Uzbekistan. “It’s funny because my mum says I used to constantly point at Great Britain on the map, when I was a child, and say, ‘this is my country. This is where I came from; this is where I’m going to live.’”

Umida came to London to study Photojournalism at Westminster University, but because she wasn’t able to pay for the whole course, she had to drop out and return to Uzbekistan. Before returning home, she met her husband – who is from Algeria – and he proposed to her while she was back in Uzbekistan. Their daughter, Georgia, is now sixteen years old.

After Georgia was born, Umida completed a CELTA (Cambridge Certificate of English as a Foreign Language) course, and then found a job working as a teacher in a refugee centre.

Umida: When my daughter started primary school, I had to leave that job. So I decided to go to the primary school where Georgia was and I worked part-time as a college teacher and volunteered as a parent helper.

While most of her family is in Uzbekistan, Umida has a sister living in London.

Umida: She came first, actually. She’s the genius in the family. She’s one of those people who started reading newspapers at the age of two and a half and learned the times tables at three and a half. I ended up crying constantly and saying to my mum that I’m not bright enough. There was a British Council at the time that went to Uzbekistan and carried out some tests to find the most talented young people. Those selected were given the opportunity to study in the UK/US.

My sister was selected and she came to England to study Business Administration at Middlesex University. Now she works for the Daily Telegraph.

In terms of future plans, Umida says that the long-term plan is to remain in London. “My friends are persuading me to move to New York,” she says, “but I just can’t imagine not living in London, or in the UK. I’m a bit of a patriot!”

Umida: When I was a teenager, my friends actually called me a traitor because I was supporting Liverpool, rather than one of the Soviet Union teams.

Yet, despite her patriotism for England, Umida says she still remains proud of her Uzbeki heritage and makes sure Georgia knows about her roots.

Also from Uzbekistan is the Charuh Family.