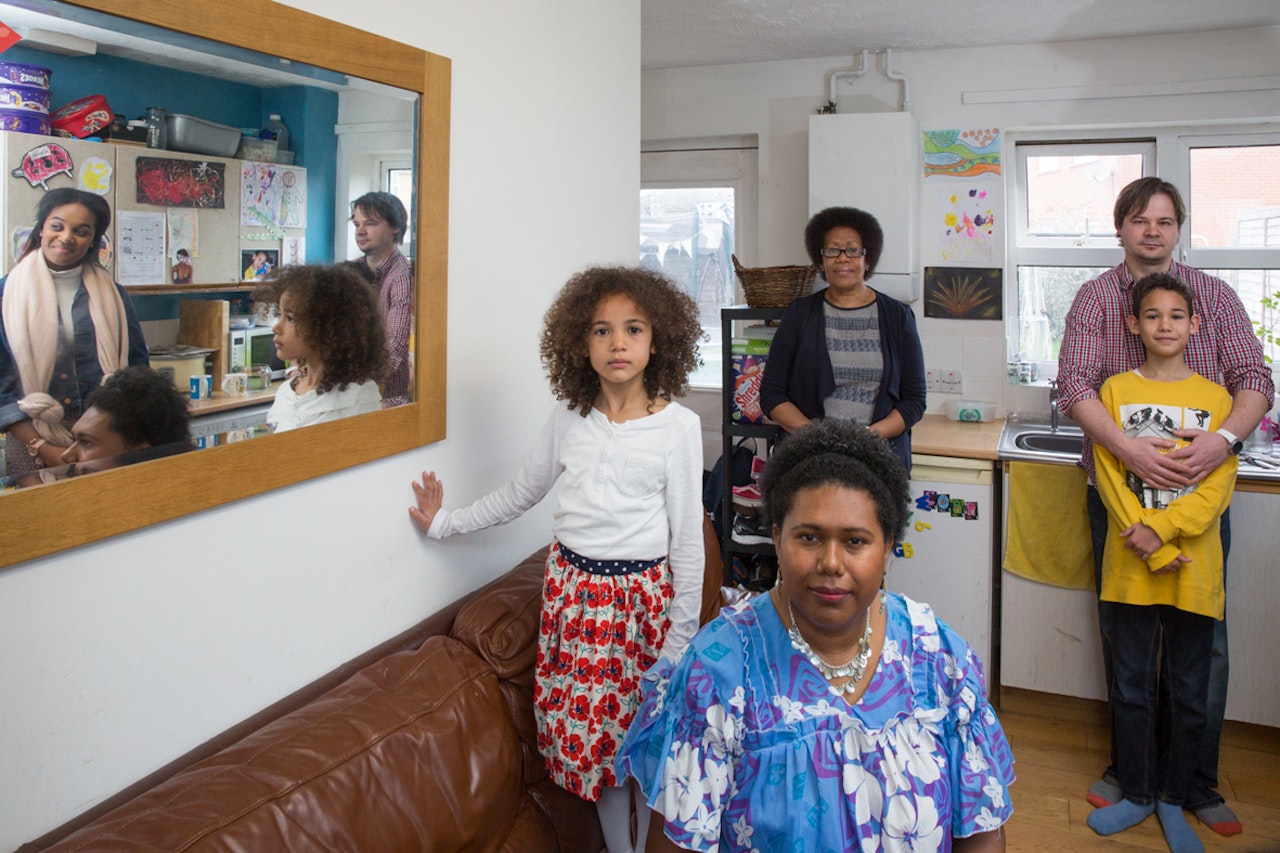 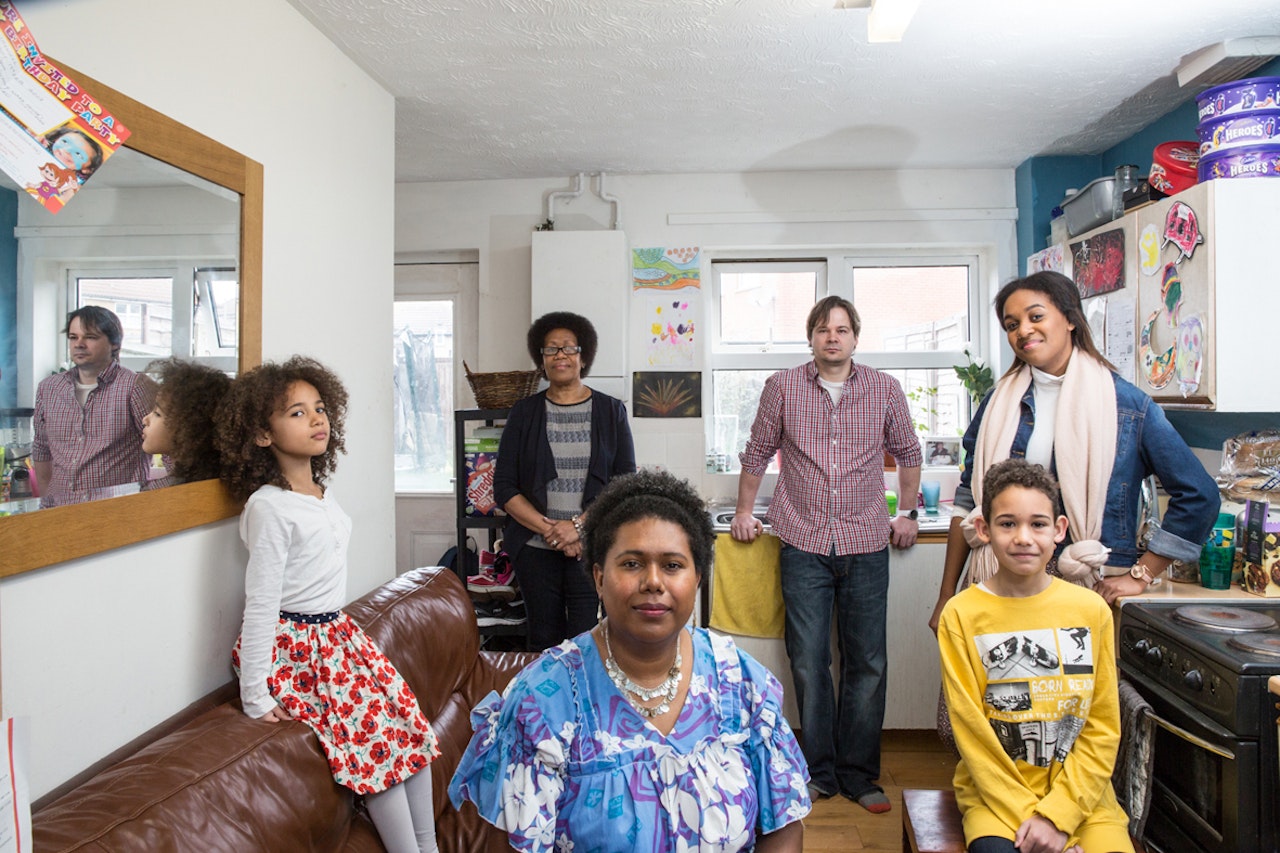 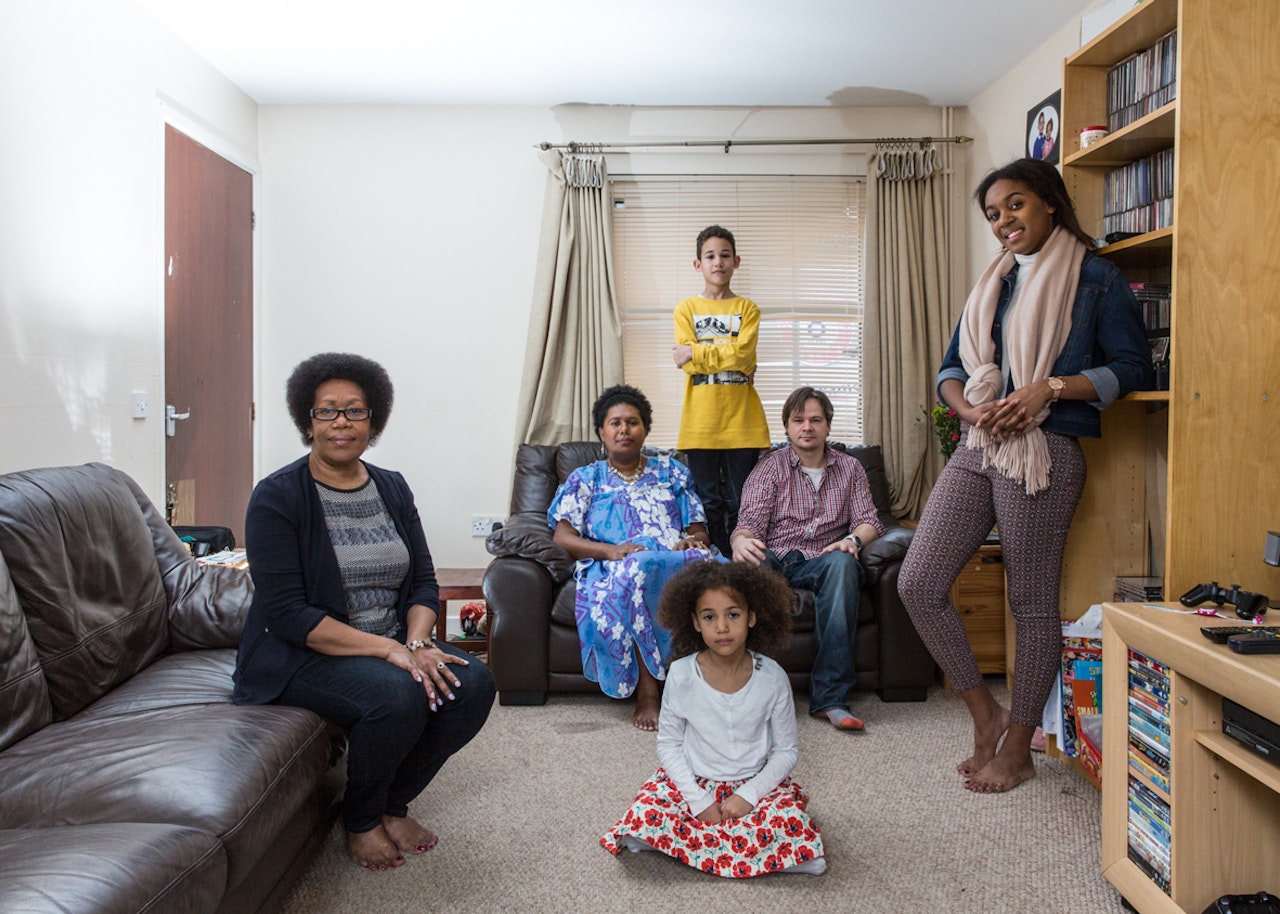 Sabrina Kalfau in blue, her half sister Saffron Mills with a scarf, their mother Julia Kasaija, Sabrina's husband Alan Ridley and their son Maxwell and daughter Stephany.

“I married a British man and we moved to the UK in 1993,” says Julie Kasaija from Vanuatu, a Pacific island nation that is in the Commonwealth of Nations. “I brought my daughter Sabrina Kalfau and we first lived in Clacton-on-Sea, a small seaside town.”

“I was twelve when I came to the UK with my mum and stepdad,” says Sabrina. “Being from a small island where you know everybody, at first it was strange. It was loud and busy and we didn’t know anybody. It was easier for me though because I met friends at school.”

Julie’s second daughter and Sabrina’s half sister, seventeen-year-old Saffron, was born in the UK, though her father is from Uganda. “I used to live in Uganda,” says Julie, “that’s where I met and married Saffron’s father.” Saffron hasn’t been to Vanuatu, but visited Uganda once.

Sabrina studied Accounting at a university in London and returned to Chelmsford after graduating in 2005. “I was looking for work while I was at home and I didn’t find anything in accounting—I ended up working at Greggs for a while, and then I met my husband Alan, who is British.”

“It was a strange night,” explains Alan, recalling how they met in 2007, “we were in a pub in Chelmsford, but not together. I heard her drop a glass and laugh, and I remembered it. We had friends in common at university—they introduced us. By the end of the night we were both in a club and we ended up talking and dancing together.”

Alan was a mature student at the time. Wanting a career change, he had left long-term employment, and went into IT support.

The family have not been to Vanuatu since 1997, though plan on visiting this summer.

“When I was younger I used to have pictures up of exotic places that I wanted to visit,” explains Alan, “and one of them was Mauritius.”

“And I told him that Vanuatu is much better,” laughs Sabrina.

“And then she started sending me photos and I was convinced. I like the houses in the water on stilts.”