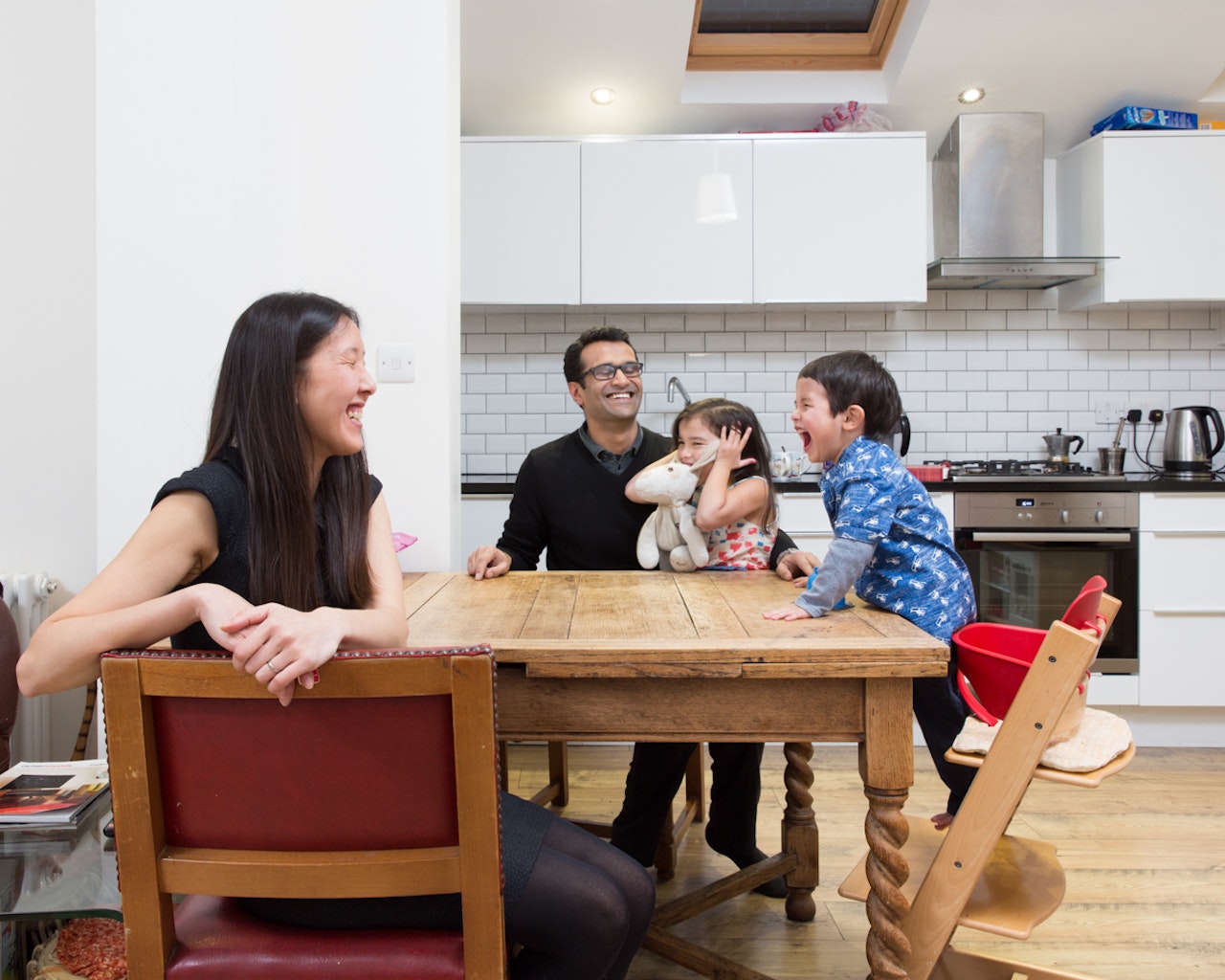 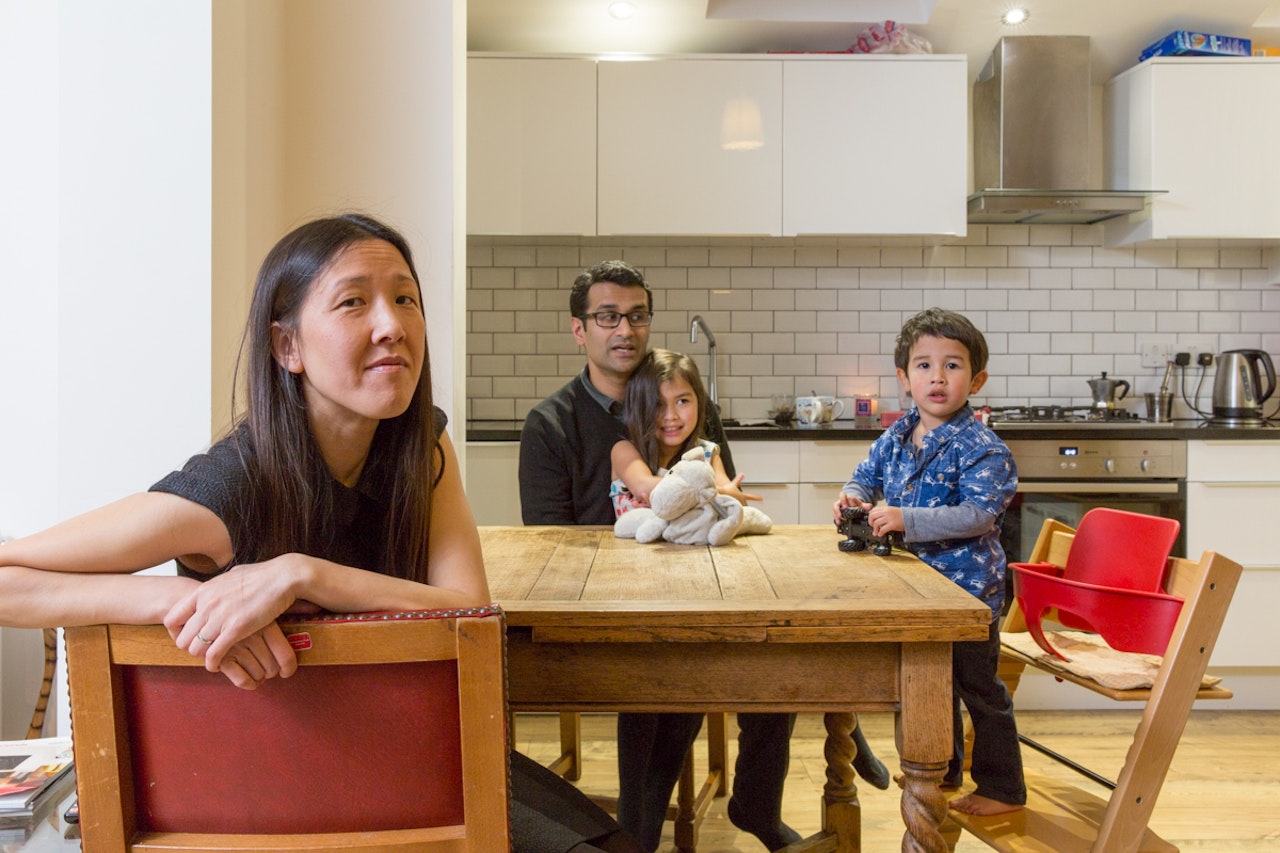 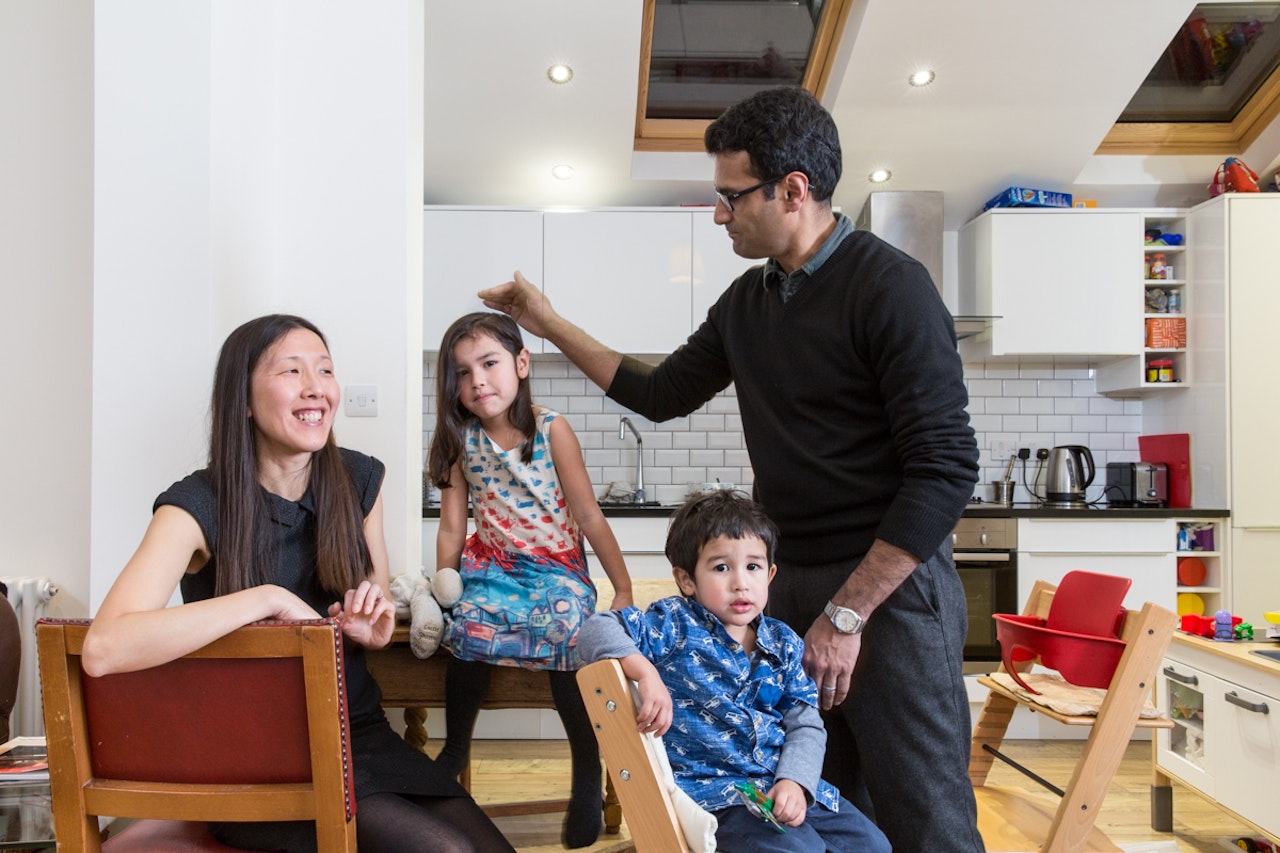 Trinh Huynh and Deepak Patel with their daughter Suki and son Sachin.

Trinh Huynh and Deepak Patel met while training to be pharmacists at St Mary’s Hospital. Trinh, originally from Vietnam, came over with her family as refugees in 1979.

Trinh: First, we went to Hong Kong seeking asylum. My dad fought against the Communists, so that was why we had to leave Vietnam. There was no other option for us, really. My father is an only child. He didn’t have any other family, so it was just my mum, dad, brother, sister and I. My mum was one of twelve, so she also took six brothers and we all fled on a boat. I was a baby at the time, so I don’t recall much. My sister was about six months old and my brother was two years older.

Trinh’s family have remained in England ever since. “I’ve lived in quite a lot of different cities,” says Trinh, “I grew up in Birmingham, went to university in Cardiff, lived in Swansea, and moved down to Bournemouth, but I never felt like I fitted in. As soon as I moved to London, I didn’t feel like an outside anymore.”

After getting married, Trinh visited Vietnam on holiday as Trinh’s mother still has family there. “That was the first time back for me and my mum in thirty years,” says Trinh. “My dad will never return.”

Deepak was born in England, but has Indian heritage from both his parents. “They came to England in the Sixties when my dad was about 15 or 16,” says Deepak. “My dad came via Kenya with a group of other family members, and my mum came directly from India. From memory, my dad’s first job in the UK was at a mattress factory in London’s East End.”

Deepak’s father also spent 25 years working at St Mary’s Hospital and he managed to secure him a job there. Deepak is now a children’s HIV pharmacist; a job he has been doing for 15 years.

Deepak: I’ve been back to India a few times. I don’t have any blood relatives there anymore though. When I was younger, I didn’t want to feel Indian. Now that I’ve got older and have kids, I feel it’s important to be aware of your origins; your heritage.

Trinh: I consider myself as British because, to be honest, my Vietnamese is very minimal now. I’ve lost my mother tongue, as it were. While I’m happy to call myself British, I do slightly regret that I haven’t held onto my Vietnamese roots.

Currently, Trinh and Deepak have no plans to leave London. “I can’t imagine being anywhere else,” says Trinh.

Also from India are the d’Avoine Family, the Cockcroft Family, and the Jones & Noorgat Family.