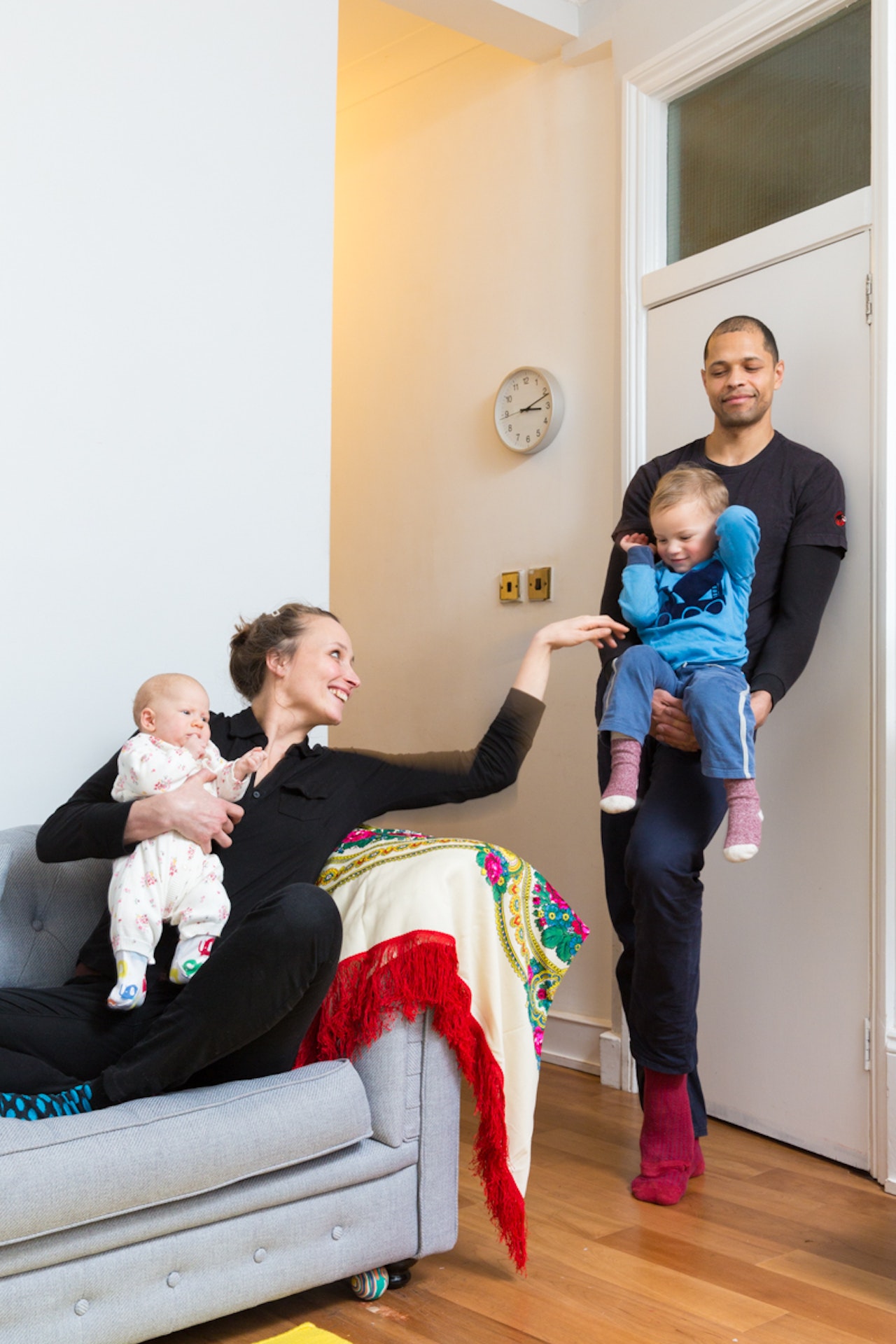 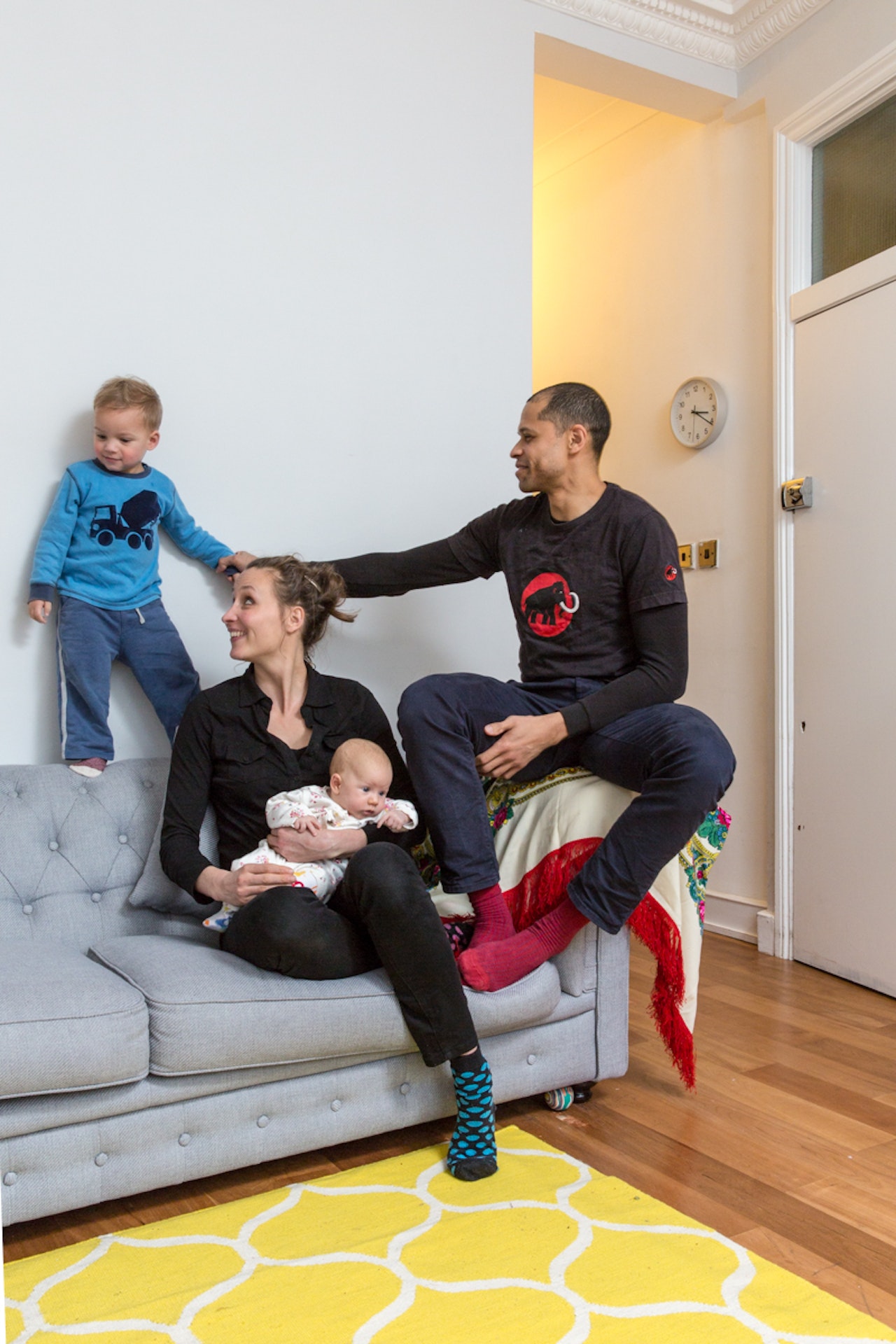 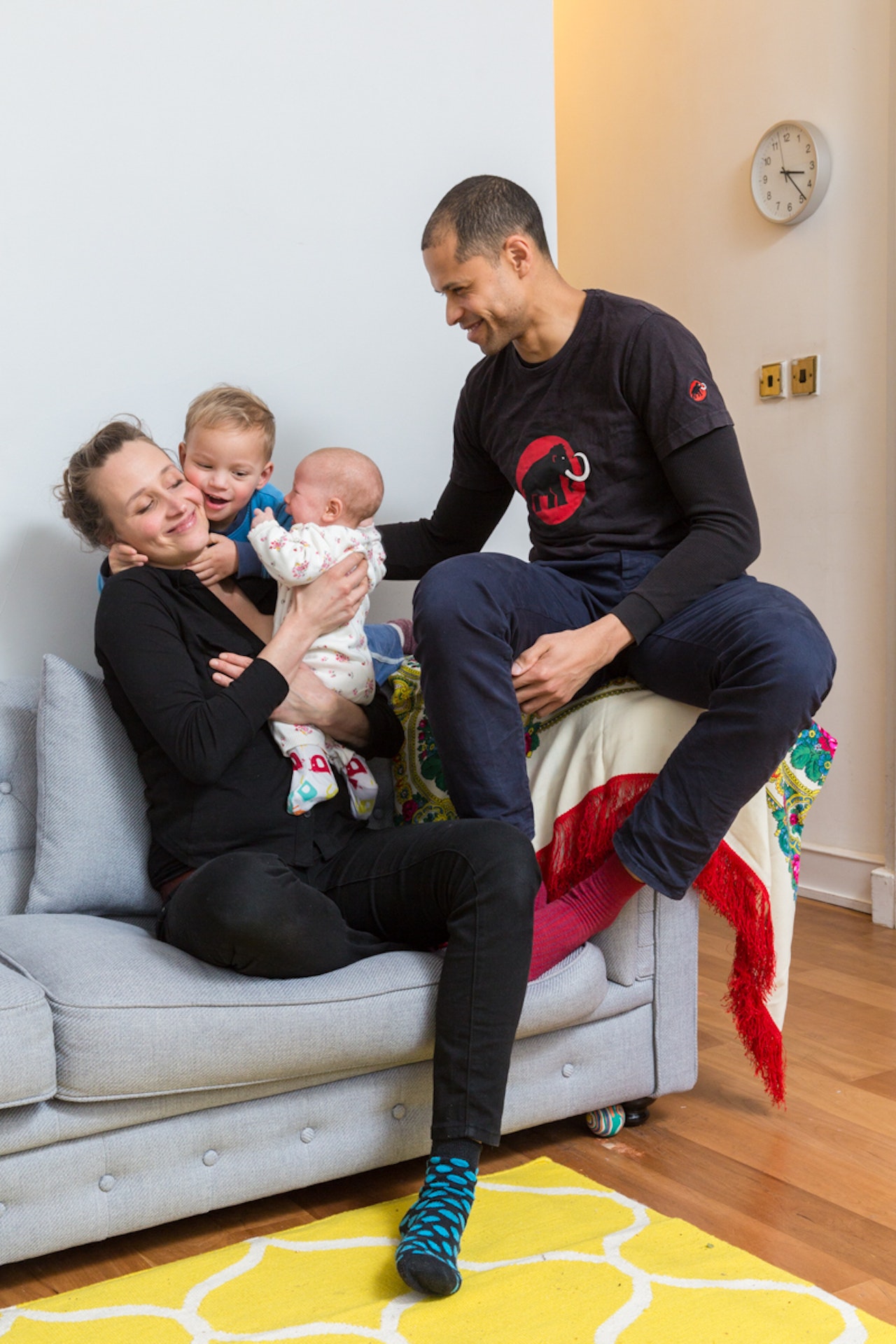 Ken Hanscombe and his wife Ewa Pwaponiecka-Hanscombe, their son Magnus, 2, and daughter Saskia at 2 weeks.

“I consider home to be where my family is, my own family that I created,” says Polish Ewa Pwaponiecka-Hanscombe, “so home would be here in London. I was 19 when I first came here 14 years ago. I had a summer job working as an au pair. That was when I met my husband.”

Zimbabwean Ken Hanscombe studied in Cape Town prior to moving to the UK. “My two older siblings were here and my paternal grandfather is British. I had had enough of South Africa and Zimbabwe so I moved to London in 1999.”

When he first met Ewa he was working as an animation artist; “Ewa’s friend was composing the music for a short film we were making, so he brought Ewa along to a work party—that’s where we met.”

Once summer had ended, Ewa moved back to Poland for five years to finish her studies. “We were in a long-distance relationship—but we would visit each other all the time.”

“A year and a half after meeting Ewa I worked at a bank—it allowed me to fly to Poland to see Ewa regularly,” says Ken, “When I saved up enough I went back to university to study Psychology.”

“The day I finished university I came to the UK to be with Ken,” continues Ewa. “A year after moving to London, we got married.”

Ewa and Ken now have two children, Magnus, who is two, and Saskia who is two weeks old. The plan is to raise them to be bilingual.

“We go back to Poland three times a year, on average. All the family is in Poland.”

“Before we had children I took Ewa back to visit Zimbabwe and meet my parents,” explains Ken, “they moved here three years ago so we don’t really go back anymore. I was able to come here because my dad’s dad is British. But through some technicality he couldn’t come via the same root. It just so happened that, by European law, a European national can bring their family to the UK, so it worked out given that Ewa is Polish.”

“London has a lot to offer, particularly career-wise,” says Ewa, “I work in community physiotherapy for the NHS and for now the position is not available in Poland. And England is so multicultural, which I like, coming from Poland, which can be quite conservative.”

“I guess when you’re somewhere rural, you feel slightly more aware that you are different,” reflects Ken, “Being in London, where there are so many people from different places, you just blend in.”